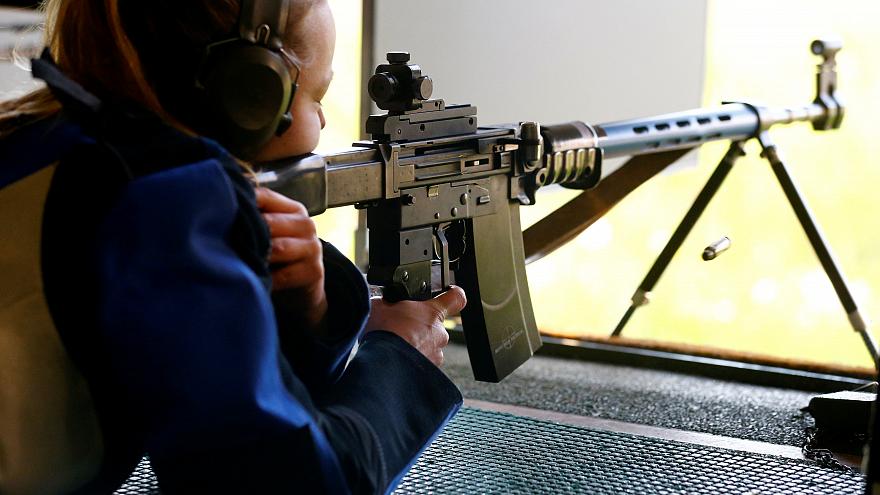 Switzerland — one of the most heavily armed countries in Europe — voted to comply with stricter European Union gun laws in a referendum Sunday.

While Switzerland doesn’t belong to the EU, it is part of the bloc’s Schengen Area which is a zone that can be visited without a visa or passport by citizens of 26 European nations.

Following terrorist gun attacks in Paris and Brussels in 2015 and 2016, the EU tightened gun rules, known as the “EU Gun Ban”, the bloc encouraged Switzerland to comply with its laws.

The projections from the gfs.bern polling outfit saw the measure passing in the binding referendum by a comfortable 67-33% margin.

If Switzerland refused, the country could have been excluded from the Schengen Area.

But what are Switzerland’s current gun laws and how might they change from this referendum?

What are Switzerland’s current gun laws?

Firearms legislation in Switzerland is comparatively liberal, more similar to gun politics in the United States than to that in the European Union.

The country allows the free purchase of semi-automatic rifles but special permits are required for automatic weapons, suppressors and target lasers. Hollow-point ammunition is also legal in Switzerland but limited to hunting.

To purchase guns, the buyer must obtain a weapon acquisition permit with a valid ID, residence address and criminal record copy not older than three months.

Swiss citizens and foreigners with a C permit over the age of 18 — who are not identified as a threat to themselves or others — can request the permit. However, foreigners with citizenship to Serbia, Bosnia and Herzegovina, Kosovo, Macedonia, Turkey, Sri Lanka, Algeria and Albania are excluded from the right to possess weapons in Switzerland.

How many guns are in Switzerland?

According to GunPolicy.org Switzerland has the fourth highest per capita gun rate in the world with 45.7 guns per 100 residents. Estimates of the number of guns in circulation are subject to large uncertainty, ranging between 1.2 and 4.5 million.

When Switzerland joined the Schengen Information System in 2008, it was forced to introduce its first central registry for firearms, therefore, firearms purchased before 2008 do not have to be registered and might not appear in any official statistics.

How prevalent are gun deaths in Switzerland?

Switzerland has one of the highest rates of gun ownership in the world, but little gun-related street crime. According to the United Nations, the gun homicide rate in Switzerland is very low with 0.5 per 100,000 people, as compared to 5 deaths per 100,000 in the US.

The vast majority of firearm-related deaths in Switzerland are caused by suicides. The suicide method of shooting oneself with a firearm accounted for 21.5% of suicides in Switzerland in the period of 2001–2012 (with significant gender imbalance: 29.7% of male suicides vs. 3.0% of female suicides).

How does Swiss gun culture compare to the rest of Western Europe?

Switzerland stands alone in Western Europe in its attitude toward gun ownership. Guns remain a strong part of Swiss culture as every person with Swiss citizenship, aged 10 years or older, can take part at any federal ranges and will be able to shoot for free with the ordinance rifle.