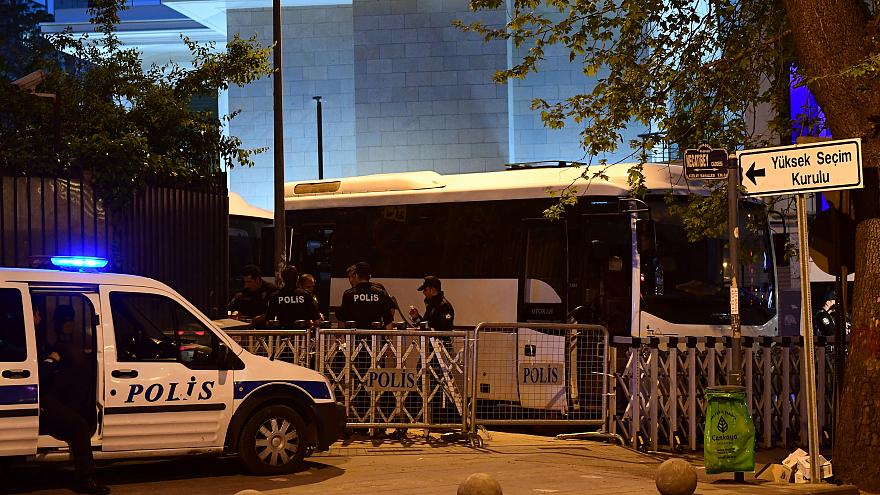 “This system that overrules the will of the people and disregards the law is neither democratic nor legitimate,” he wrote on Twitter. “This is plain dictatorship.”

The CHP won in the capital Ankara and Istanbul for the first time in 25 years, in a major setback for Erdogan, who himself served as Istanbul’s mayor in the 1990s. Ekrem Imamoglu was declared the winner and has taken up office as mayor of Istanbul.

The AK Party and its allies complained of irregularities that they say affected the outcome. The election board upheld that complaint on Monday afternoon, and voters in the city will go to the polls again, on June 23.

In many districts of Istanbul, loud protests were heard as residents banged pots and pans — a traditional symbol of anger.

The European Parliament’s Turkey rapporteur, Kati Piri, said the decision had been made under pressure from Erdogan’s party.

“Erdogan does not accept defeat and goes against the will of the people,” she said. “This ends the credibility of democratic transition of power through elections in Turkey.

Erdogan was not standing in the March 31 local elections, but they were seen as a referendum on his leadership amid an economic crisis and deteriorating relations with Europe.

Speaking in Ankara following a meeting with Turkish Foreign Minister Mevlut Cavusoglu, Stoltenberg said NATO would want to avoid conditions where allies impose sanctions on one another.