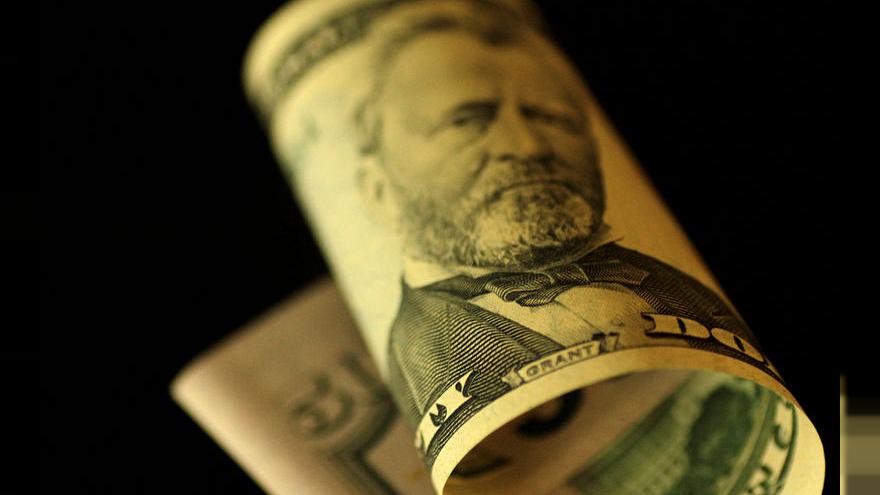 Following are five big themes likely to dominate thinking of investors and traders in the coming week and the Reuters stories related to them.

The dollar has zipped to near two-year highs, leaving many scratching their heads. To many, it’s down to signs the U.S. economy is chugging ahead while the rest of the world loses steam. After all, Wall Street is busily scaling new peaks day after day.

Never mind the cause, the effect is stark. The euro has tumbled to 22-month lows against the dollar and investors are preparing for more, buying options to shield against further downside. Emerging-market currencies are also in pain, with Turkish lira and Argentine peso both sharply weaker.

Now U.S. data need to keep surprising on the upside or even just meet expectations. The International Monetary Fund sees U.S. growth at 2.3 percent this year. For Germany, the forecast is 0.8 percent. The U.S. economy’s rude health has given rise to speculation the Fed might resume raising interest rates. Unlikely. But as other countries — Canada, Sweden and Australia are the latest — hint at more policy easing, there seems to be one way the dollar can go. Up.

Wall Street is near record highs and recession worries are receding, so as we mentioned above, investors might wonder if the Federal Reserve will start raising rates again.

Such a pivot is unlikely after the Fed killed off rate-rise expectations at its March meeting. And the latest Reuters poll all but puts to bed any risk of rates will go up this economic cycle, given inflation remains below the Fed’s alarm threshold and unemployment is the lowest in generations.

Before the March rate-pause announcement, a preponderance of economists pencilled in one or more increases this year. But that has flipped. A majority of those surveyed April 22-24 see no further tightening through December and more are leaning towards a cut by the end of next year.

Indeed, interest rate futures imply Fed Funds will be below the current 2.25-2.50 percent target range by this December.

Recent positive consumer spending and exports data have eased market concerns of a sharp economic slowdown. But inflation probably needs to run hot for a long period to panic policymakers off their wait-and-see course.

Next week ends three decades of Japan’s Heisei era. Heisei, or Achieving Peace, began in 1989 near the peak of a massive stock market bubble and closes with the country trapped in low growth, no inflation, and negative interest rates.

The new era that dawns on May 1 is called Reiwa, meaning Beautiful Harmony. It begins when Crown Prince Naruhito ascends the Chrysanthemum Throne. But do investors really want harmony? What they want to see is a bit of economic growth and inflation to shake up the status quo.

The Bank of Japan’s stimulus toolkit to revive a long-suffering economy is anything but harmonious and yet it’s set to stay. The central bank confirmed recently rates will stay near zero for a long time. But the coming days may not be harmonious or peaceful for currency markets. A 10-day Golden Week holiday kicks off on April 29 and investors are fretting over the risk of a “flash crash” – a violent currency spasm that can occur in times of thin trading turnover.

Quarterly earnings were supposed to be the worst in Europe in almost three years, but with a third of results in, things are looking a little rosier.

Two-thirds of companies’ results have beat expectations, and they point to earnings growth of 4.5 percent year-on-year. Financials have delivered the biggest surprises, according to analysis by Barclays.

That might just show how low expectations were. In fact, analysts are still taking a red pen to their estimates.

The latest I/B/E/S data from Refinitiv shows analysts on average expect first-quarter earnings-per-share for STOXX 600-listed companies to fall 4.2 percent. That would be their worst quarter since 2016 and down sharply from an estimated 3.4 percent just a week earlier.

Those estimates may end up being a little too bearish as earnings season goes on, quelling worries that Europe is heading towards a corporate recession.

GSK and Reckitt Benckiser will give the market a glimpse of the health of the consumer products market and spending on everything from toothpaste, washing powder and paracetamol.

5/WAITING FOR THE OLD LADY

Sterling has gone into the doldrums amid the Brexit delay and unproductive talks between the UK government and the opposition Labour party on a EU withdrawal deal. The resurgent dollar, meanwhile, has taken 2 percent off the pound in April. It is unlikely the Bank of England will be able to rouse it at its May 2 meeting.

Despite robust retail and jobs data of late, the economic picture is gloomy – 2019 growth is likely to be around 1.2 percent, the weakest since 2009, investment is down and Governor Mark Carney says business uncertainty is “through the roof”.

Indeed, expectations for an interest rate increase have been whittled down; Reuters polls forecast rates will not move until early 2020, a calendar quarter later than was forecast a month ago. The hunt for a new governor to replace Carney in October adds more uncertainty to the mix.

The recent run of UK data has fuelled hopes of economic rebound. That’s put net hedge fund positions in the pound into positive territory for the first time in nearly a year. The Old Lady of Threadneedle Street might temper some of that optimism.