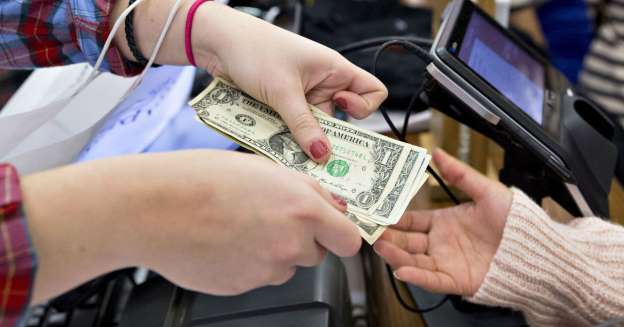 R.I.P. Inflation: The data point the Fed watches for inflation just said there isn’t any

The Federal Reserve’s preferred inflation gauge showed no change in March and remained well below the central bank’s target, a government report Monday showed. At the same time, consumer spending surged amid a jump in expenditures on motor vehicles and health care.

The core personal consumption expenditures index, which strips out volatile food and energy prices, was flat for the month and up 1.6% year over year. The headline number rose 0.2% for a 1.5% increase over the year.

February’s results were largely the same.

The core and headline measures rose just 0.1% for that month, while the core was up 1.7% on the year and the headline rate increased 1.3%.

The PCE deflator is the Fed’s key inflation metric. The central bank considers 2% a healthy level for price stability but has failed to hit the target for most of the past decade or so.

Fed officials have said they expect to hold interest rates steady for the rest of the year, due in part to a low inflation rate.

Markets are assigning about a 65% chance of a rate cut by the end of the year, though individual Fed members have said they see little chance of any loosening in policy ahead.

The tame inflation numbers “will reinforce the concerns of several officials that inflation is still too low to be consistent with the 2% target and, if we’re right in expecting activity growth to slow over the course of this year, makes it all the more likely that the Fed will be seriously contemplating interest rate cuts before too long,” Andrew Hunter, senior U.S. economist at Capital Economics, said in a note.

Deciding the future rate path got a little more complicated last week when a government reported showed that GDP grew by a much stronger-than-expected 3.2% in the first quarter. Despite the strong economic growth, the White House continues to push for rate cuts.

Larry Kudlow, director of the National Economic Council, on Friday repeated his contention that a 50 basis point reduction in the Fed’s benchmark interest rate is warranted. The federal funds rate is now targeted at 2.25% to 2.5%.

“The inflation rate continues to slip lower and lower,” Kudlow told CNBC’s “Squawk on the Street.” “Even according to the Fed’s own spokespeople, from the chairman on down, that could open the door to a target rate reduction.”

In their most recent economic projections, Fed officials said they expect core inflation to hit 2% for the full year in 2019 and headline PCE to hit 1.8%.

“Bottom line, if income growth, while rising at a good pace, is no longer accelerating, it is more imperative than ever in this cycle that inflation remains low. We need higher REAL wages and trying to stimulate higher inflation will do the exact opposite,” said Peter Boockvar, chief investment officer at Bleakley Advisory Group.

While the price index fell, consumer spending surged to its highest level in 9½ years in March. Consumer spending rose 0.9% overall and 0.7% when adjusted for inflation. The consumer spending numbers are important as they suggest higher consumption numbers on the way for the second quarter.

The Commerce Department has been releasing two months of data at a time as it catches up from the government shutdown that ended Jan. 25.