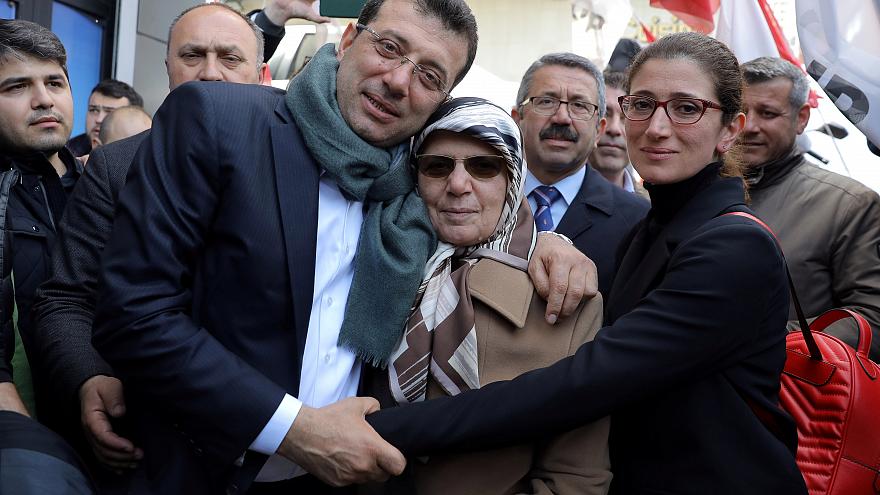 Devised by political communication expert, Ates Ilyas Bassoy, the strategy is detailed in a book that is based on a comprehensive field study throughout the country.

Although it is not possible for now to measure the impact of the strategy statistically, the change in the way of communicating with the citizens appears to have paid off, especially in the big cities, like Istanbul and Ankara, which fell after being ruled by the governing Justice and Development Party (AK Party) for decades.

In an interview with Euronews, Bassoy said that voters had been driven mainly by fear and there is a way out from the vicious circle of conducting fear-based politics.

“As long as we were getting angry, our rival was becoming much more powerful. We tried it several times and we were beaten each time. Our rival was fed by fear and anger,” he said.

Although surveys suggest one-quarter of Turkey’s most educated citizens are CHP supporters, appealing to this secular group of voters had become divisive and prevented the party from expanding its reach.

Bearing this in mind, the new manifesto tried to integrate the “speech of love” into the political discourse with concrete, sincere and human narratives using slogans like: “Uncle, I will not let your produce rot on the field” rather than more generic promises to help farmers.

It also demanded an end to insults against leaders of other parties, which had been harming CHP’s ability to embrace new groups of voters.

The campaign video that was prepared under this strategy was designed around another uniting slogan: “We are all in the same local bus”, which aimed to offer a message of unity and shared purpose across communities.

“With this ad, we held the psychological superiority over AK Party,” Bassoy said.

However, the strategy’s real test will come in the run-up to presidential elections in 2023.

While the coalition between president Recep Tayyip Erdogan’s AK Party and nationalist MHP suffered a heavy blow in the March 31 elections in big cities, they still secured a majority of the national vote, around 52 percent.

Despite the ongoing economic recession, this result shows that CHP still has a long way to go to produce a lasting impact.

“CHP will be the party of the poor people. The new mayors will concentrate their efforts on the poorest districts and villages where they couldn’t get enough votes compared to the AK Party candidates,” Bassoy said.

New CHP mayors in cities from Izmir and Antalya to Istanbul and Ankara spend their first weeks in office reaching out to rural and religious communities and attempting to show their non-partisan goals.

Bassoy summarizes the new strategy as: “Ignore them. Love their lovers”.

Put in another way, the new discourse reaches out to the hearts and minds of voters who were “otherized” in previous campaigns. In the past, non-CHP voters were often denigrated as “belly-scratching man”, “drum-head”, “ignorant” or compared with sheep.

However, while such a strategy may have been successful in winning disenchanted voters to the opposition, now the CHP are holding levers of power in key cities, the electorate will expect action as well as words, according to Emre Toros, a political scientist from Hacettepe University.

“CHP has a long way to go because it has not been a ruling party for about three decades. Therefore, it will have to show its difference.”