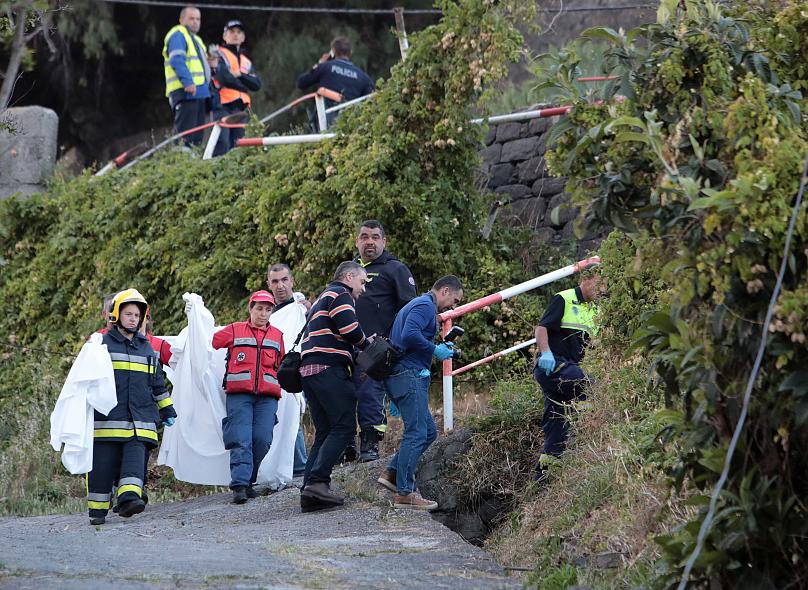 At least 29 people, most of them German tourists, died and 27 more were injured in a bus accident on the Portuguese island of Madeira on Wednesday, authorities said.

The white bus overturned in a residential area in the coastal town of Canico, its mayor, Filipe Sousa, told reporters. TV images showed the vehicle on its side on a bank next to a narrow road and surrounded by rescuers.

“I have no words to describe what happened. I cannot face the suffering of these people,” Sousa told SIC TV.

He said the tourists in the bus were all German but some pedestrians might have been hit by the bus.

More than 50 people were on the vehicle and the dead are said to include 11 men and 18 women. The victims were aged between 40 and 50, according to one senior official.

Portuguese President Marcelo Rebelo de Sousa told SIC TV that some of the victims were from Madeira but most were German.

The accident happened at around 6.30pm local time on Wednesday. For reasons still to be established, the bus driver reportedly lost control of the vehicle, which went off the road before running into a house built on a hillside.

In Lisbon, the Portuguese President Marcelo Rebelo de Sousa announced that he would travel to Madeira at night.

The German foreign ministry confirmed that the victims included German tourists. “We are shocked to learn of the tragic bus accident in Madeira. Unfortunately, we have to assumt that there are victims from Germany. Our sympathies go out to their families and friends,” the ministry said on Twitter.

Often referred to as the “Pearl of the Atlantic”, Madeira – nearly 1,000 kilometres to the southwest of the Portuguese mainland – welcomes more than a million tourists every year, attracted by its volcanic landscapes and mild climate.