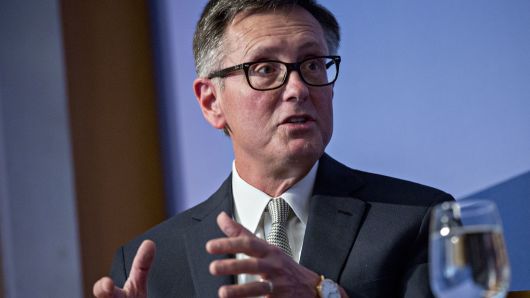 The U.S. is economy likely slowing from its strong rate of growth in 2018, with “important international risks” clouding the outlook, Federal Reserve vice chairman Richard Clarida said on Thursday.

This summer, 10 years after the U.S. emerged from a punishing recession, “the current economic expansion almost certainly will become the longest on record,” said Clarida, vouching for the economy’s continued ability to grow.

“That said, the incoming data have revealed signs that U.S. economic growth is slowing somewhat from 2018s robust pace,” Clarida said in remarks prepared for delivery at the Institute of International Finance policy summit.

“Prospects for foreign economic growth have been marked down, and important international risks, such as Brexit, remain,” Clarida said, referring to Britain’s presumed departure at some point from the European Union.

Coupled with “muted” inflation, Clarida said that outlook justified the Fed’s current policy stance, with rates roughly at a level that neither encourages nor discourages investment and spending, and a “patient” approach to any further rate moves.

The Fed has put further rate moves on hold as it assesses the degree to which economic growth is slowing, and how major overseas economies fare in coming months.