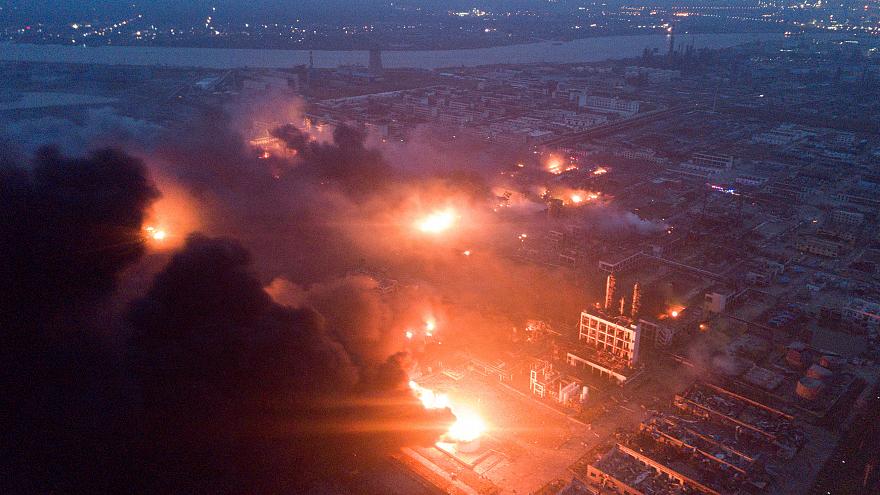 47 dead, over 600 injured in blast at Chinese plant

An explosion at a Chinese chemical plant on Thursday killed 47 people and injured over 600, the Chinese state media announced on Friday.

The fire broke out in a pesticide plant in Chenjiagang Industrial Park in the city of Yancheng, in eastern China’s Jiangsu province, leading to the blast, which happened at around 14:48 (20:00 CET) on Thursday.

Survivors were taken to 16 hospitals with 640 people being treated for injuries, including 32 of them being critically wounded, CCTV reported.

The fire at a plant owned by the Tianjiayi Chemical Company had spread to neighboring factories and children at a kindergarten in the vicinity were also injured in the explosion, media reported.

The cause of the incident is under investigation and the company – which produces more than 30 organic chemical compounds, some of which are highly flammable – has been cited and fined for work safety violations in the past, the China Daily said.

The provincial firefighting authority had mobilized 176 fire trucks and 930 firefighters to the site. More emergency rescue forces are expected to join the operation.

The blast at the Tianjiayi Chemical plant in the city of Yancheng is China’s worst industrial accident in years, with nearly 1,000 area residents moved to safety as of Friday as a precaution against leaks and additional explosions.

China has long struggled with industrial safety. An explosion in 2015 at a chemical warehouse in Tianjin killed 173 people.