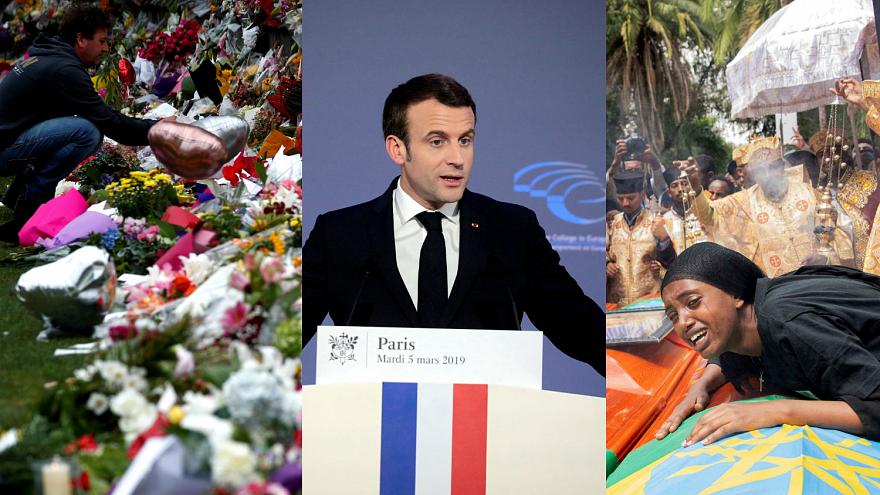 Macron faces renewed pressure: France witnessed scenes of looting and rioting over the weekend in the latest bout of Gilets Jaunes (Yellow Vest) protests. French President Emmanuel Macron has faced criticism from opposition politicians who accused the government of not being prepared for Saturday’s rioting. Macron’s office said it will present plans on Monday to crack down on the violence.

Boeing black boxes: Investigations are ongoing into the Boeing 737 MAX 8 aircrafts after the crash of an Ethiopian Airlines plane that killed 157 people. On Sunday, Ethiopia said the crash had “clear similarities” with October’s Lion Air crash in Indonesia, according to initial analysis of the black boxes.