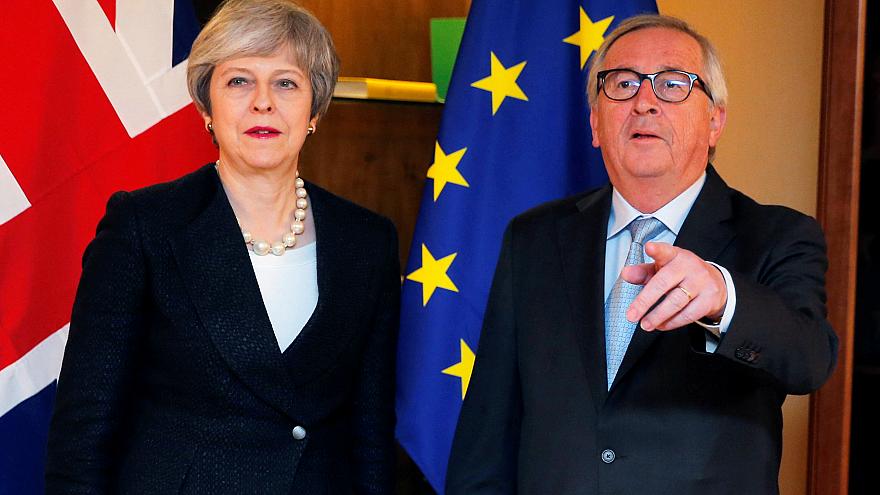 May made an eleventh-hour dash to Strasbourg, France, on Monday evening to try to get concessions from European Union officials ahead of a “meaningful vote” on her Brexit deal in the UK parliament on Tuesday.

David Lidington told the House of Commons shortly before 23:00 CET that May had “secured legally-binding changes that strengthen and improve the Withdrawal Agreement and political declaration.”

“Tonight we will be laying two new documents to the House – a joint legally binding instrument on the withdrawal agreement and a joint statement to supplement the political declaration,” he added.

The two documents will ensure the EU “cannot try to trap the UK in the backtop indefinetly,” he explained.

Lidington addressed the UK parliament while May and Juncker were still meeting despite a press conference initially scheduled for 22:00 CET.

‘We left no stone unturned’

Instead Juncker and May addressed reporters at around 23:40 CET.

“We left no stone unturned, our mind has always been open,” Juncker said, adding that the concessions from the EU amounted to a second chance “but there will be no third chance.”

In a letter to European Council President Donald Tusk, which he tweeted, Juncker said the UK’s exit from the bloc should be completed by May 23-26 EU elections.

“If the United Kingdom has not left the European Union by then, it will be legally required to hold these elections, in line with the rights and obligations of all Member States as set out in the Treaties.”

The two leaders vowed to find an alternative solution to the backstop arrangement by 2020.

The British leader required legally-binding changes to the backstop arrangement in order to appease Brexiteer lawmakers within her own ruling Conservative party and avoid a repeat of the historic defeat she suffered in January when lawmakers rejected the Withdrawal Agreement by a 230-vote margin.

Under the backstop, the UK would remain in a customs union with the EU in the absence of a trade deal, and Northern Ireland would stay aligned to some EU rules. The premise is that the UK’s desire to leave the EU’s single market and customs union would otherwise require checks and controls as the two sides diverged.

But Britain’s attorney Geoffrey Cox criticised the mechanism, warning the country could remain indefinitely stuck in the bloc’s customs union.

Read More: Brexit: what ‘alternative arrangements’ are there to the Irish backstop?

The ‘improved deal’ is the ‘only deal’

May’s trip comes after her Brexit minister’s testimony to the British parliament’s Exiting the European Union Committee was postponed “for reasons connected to the negotiations.” Stephen Barclay will instead address the committee at 12:15 CET on Tuesday.

May is also scheduled to meet with the EU parliament’s president, Antonio Tajani, and chief negotiator, Guy Verhofstadt.

Ahead of the meeting Verhofstadt said that he hoped “progress can be made, if it is possible, as a no deal Brexit would be a catastrophe.”

“The Prime Minister’s negotiations have failed. This evening’s agreement with the European Commission does not contain anything approaching the changes Theresa May promised parliament,” Corbyn said in a statement. “That’s why Members of Parliament must reject this deal tomorrow.”

British lawmakers will vote on May’s deal on Tuesday evening. If they reject it, another vote is expected to be held on Wednesday to determine whether to allow a no-deal Brexit to take place. If MPs discard that scenario, they will then vote on whether to extend Article 50.

Lidington warned MPs that the “improved deal” would be the “only deal” on offer and said: “Vote for an improved deal or plunge this country into a political crisis.”

The UK will officially leave the EU on March 29.