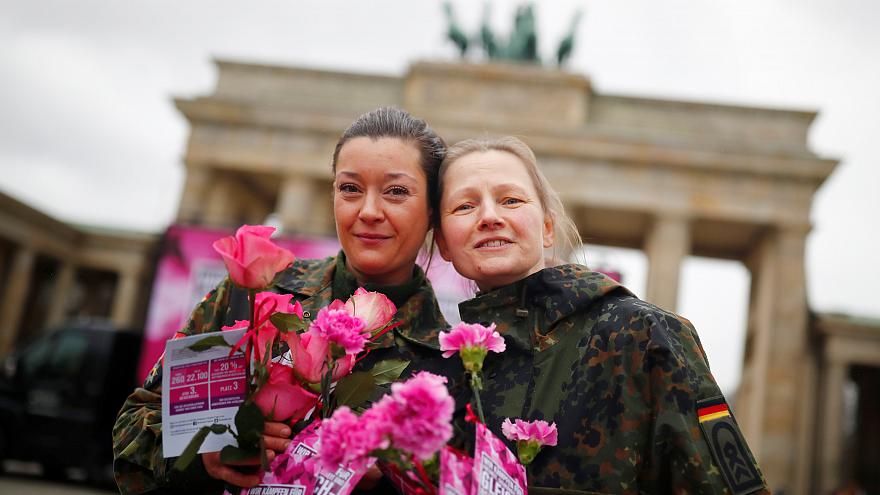 Women in Madrid are among those across the globe marching on Friday to celebrate International Women’s Day and protest gender inequality.

You can watch the Spanish event in the video player, below:

In Germany, the day became a public holiday for the first time on Friday while in France President Emmanuel Macron is due to unveil the newly-created “Simone Veil Prize,” that encourages “feminism in diplomacy,” and will honour causes such as ending violence against women, girls’ education and female economic emancipation.

Euronews spoke to Google to find out some of the most commonly-searched questions it had received regarding women over the last year. These include: Who was the first woman in space? To win a Nobel prize? Or to lead a country?

In its annual report released in time for International Women’s Day, the European Commission highlighted several areas where inequality in Europe prevails, whether its the long-discussed issue of pay gaps, or the unwavering glass ceiling that looms over women reaching for high-profile employment.

How International Women’s Day is being marked across Europe

This year’s official theme is #BalanceforBetter – but there are many unofficial events taking place too. Euronews recaps how the day is being recognised across Europe.