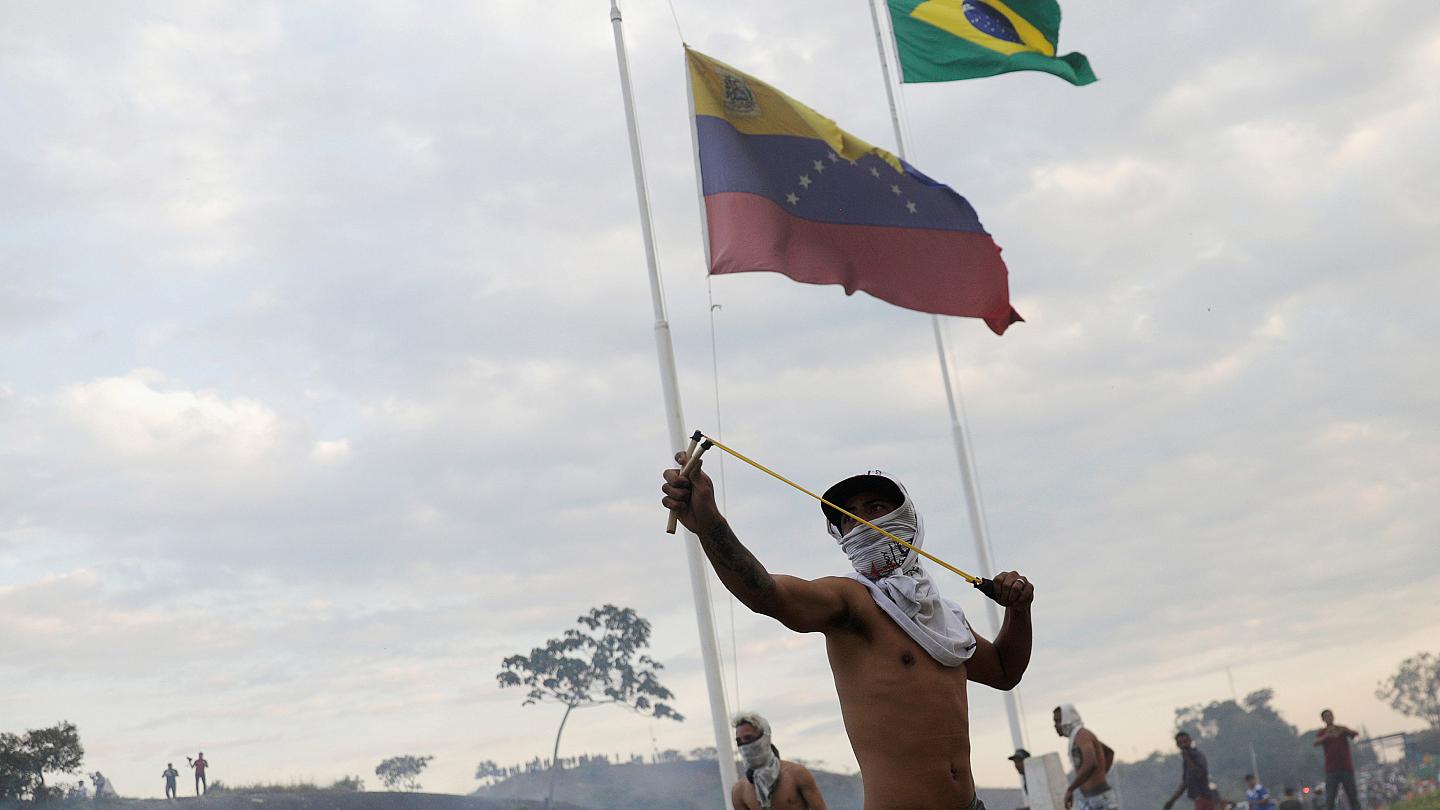 Protesters were faced with riot police who stopped international aid from entering the country.

On the other side of the border, in Cúcuta, Colombia, opposition leader Juan Guaidó, wanted to ensure aid entered Venezuela.

He said, “We ask that all the cards remain on the table. I will participate in that summit, at that meeting of the Lima Group to meet with the Foreign Ministers of the region and also with the Vice President of the United States, Mike Pence, to discuss possible diplomatic solutions and possible actions to cooperate in a cooperative way, a sovereign way”.

Meanwhile, in the Venezuelan capital, president Nicolas Maduro showed nothing had changed except the relationship with Colombia.

Maduro said, “I have decided to break all political and diplomatic relations with Colombia`’s fascist government. All their ambassadors and diplomats are to leave Venezuela in 24 hours.”

Elsewhere, the Brazilian Federal and Military Police were sent to the border city of Pacaraima as protestors threw stones at a Venezuelan army base demanding food and medicine.

A protestor said, “Maduro says that in Venezuela there are not children dying or starving. Yes, there are! Not him, because he is seated there in the Miraflores palace and we are here in the street working like animals. Not him. He is the president of the Bolivarian Republic.”

Dozens of soldiers have defected. Guaidó appealed to the armed forces to allow aid in, promising amnesty to all officers who disown Maduro.