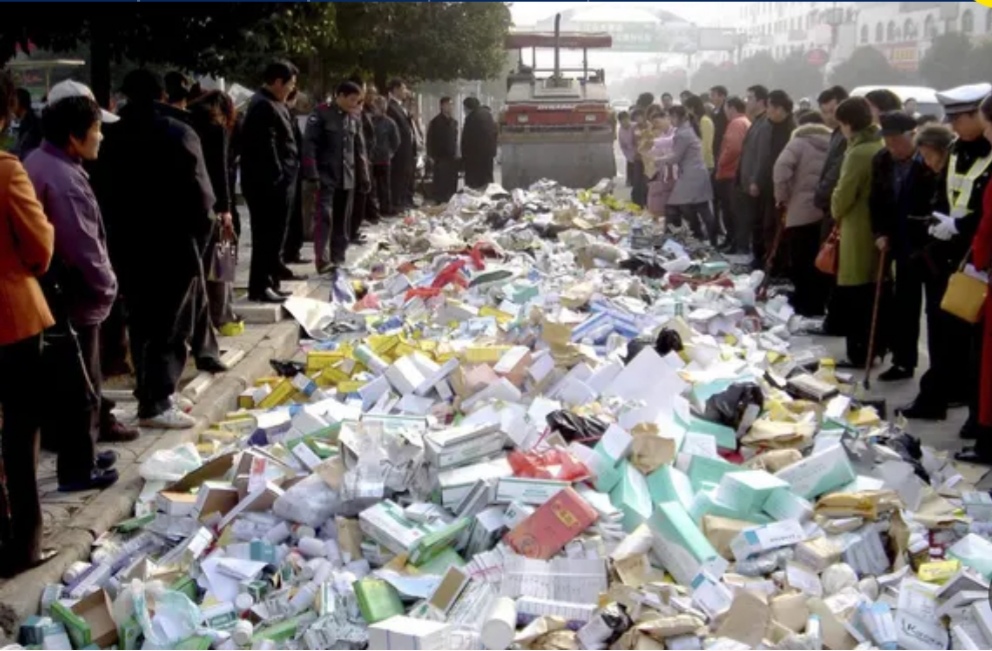 At last, a Brexit dividend – shame it’s for the pedlars of fake medicine

Criminals selling counterfeit drugs prey on the vulnerable. The threat of no deal may make anxious patients turn to them

Some crimes are just worse than others. When I tell people I research the market for fake and substandard medicines, their most common reaction is: “Fake cancer medicines? That’s horrible. Why would anyone do that?”

The World Health Organization reported earlier this month that fake leukaemia medicine, packaged for the UK market to look like the genuine drug Iclusig, was circulating in Europe and the Americas. The short answer as to why anyone would do something as morally awful as this, is of course: to make money. The fake leukaemia drug, containing mostly paracetamol, is being sold for $13,500 a pack – $450 a pill – in the US, or £5,000 a pack in the UK. There is now a far larger market for legal medicines than there is for illegal drugs, such as heroin or cocaine, and there’s a much smaller chance of getting caught. The (genuine) pills are for seriously sick people, so if a patient doesn’t blossom back to health after taking (fake) treatments, doctors generally blame the tumour, not the pill.

Drug dealers are apparently figuring this out – researchers have found traces of ecstasy and Viagra ingredients in pills posing as antimalarial medicine. Falsifiers monitor worried posts on patient forums, clock shortages of specific drugs, weigh up what the most anxious might pay for an online sale, how distracted the national regulator might be, and move in opportunistically to fill the gap.

On all counts, people in the UK are vulnerable right now. The criminals’ business model depends on patients taking risks. And desperate patients will buy medicines from dodgy sources for lots of reasons, our research shows. If the medicine you need isn’t covered by your insurance or health service, you turn to the internet (think of the HIV-prevention pill PrEPin England and Wales, for example). If you’re embarrassed to ask for a prescription for Viagra, or you don’t have time to go and queue at the surgery, or you distrust the generic medicine on offer at the hospital and would rather buy a well-known brand, or you were redirected to an online pharmacy while self-diagnosing a nasty rash – all these are reasons to step away from the really very safe supply chains that the NHS and most bricks-and-mortar pharmacies in the UK provide.

Recently patients in the UK have mentioned yet another reason for drifting away from safe sources for their medicines: the threat of a no-deal Brexit. Patients are reported to be buying essential medicines wherever they can, stockpiling because they fear shortages after Brexit. It’s a very legitimate fear.

At the moment,EU governments work together through the European Medicines Agency (EMA) to license medicines for use throughout the 28 nations. But there’s no clear legal provision for the circulation in the UK of products authorised by the EMA after 29 March. The UK’s Medicines and Healthcare products Regulatory Agency (MHRA) is doing its best to re-establish itself as an independent regulator; it has cobbled together a 188-page draft amendment to current medicines regulations to stave off the worst effects of crashing out of Europe’s effective regulatory structures. That, together with a diplomatically apocalyptic “explanatory memorandum” is sitting in parliament’s inbox, along with a zillion other pieces of urgent legislation, itching to be reviewed and signed before exit from the EU.

If it doesn’t get signed in time, the fallout may be dire. In 2018, the UK imported close to 15m kg of medicine a month from other EU countries on average, according to HMRC customs figures, some 5m more than it exported to them. That’s an awful lot of products to be in sudden limbo, leaving an awful lot of patients in potential need.

Even if an orderly exit deal is done, delays related to paperwork and border checks will threaten smooth supply, possibly leading to gaps on pharmacy shelves. Though there is every indication that the MHRA is bending over backwards to minimise disruption to companies, shelves will grow even emptier if the regulator is pressured to “take back control” by requiring UK-specific product registration. Some companies will decide the number of patients in the UK doesn’t justify the cost of registering products for rare conditions here; they’ll forgo UK sales, and UK patients may forgo longer or healthier lives. Expensive product registration also pushes up prices, increasing pressure on the NHS and perhaps restricting wide access to expensive new medicines for all Britons.

All of these things would mean even more patients turning to the internet for an affordable version of something they want or need and can’t easily get from their local pharmacy through the NHS. And that, in turn, will make the UK a more lucrative market for criminals flogging fake cures over the internet.