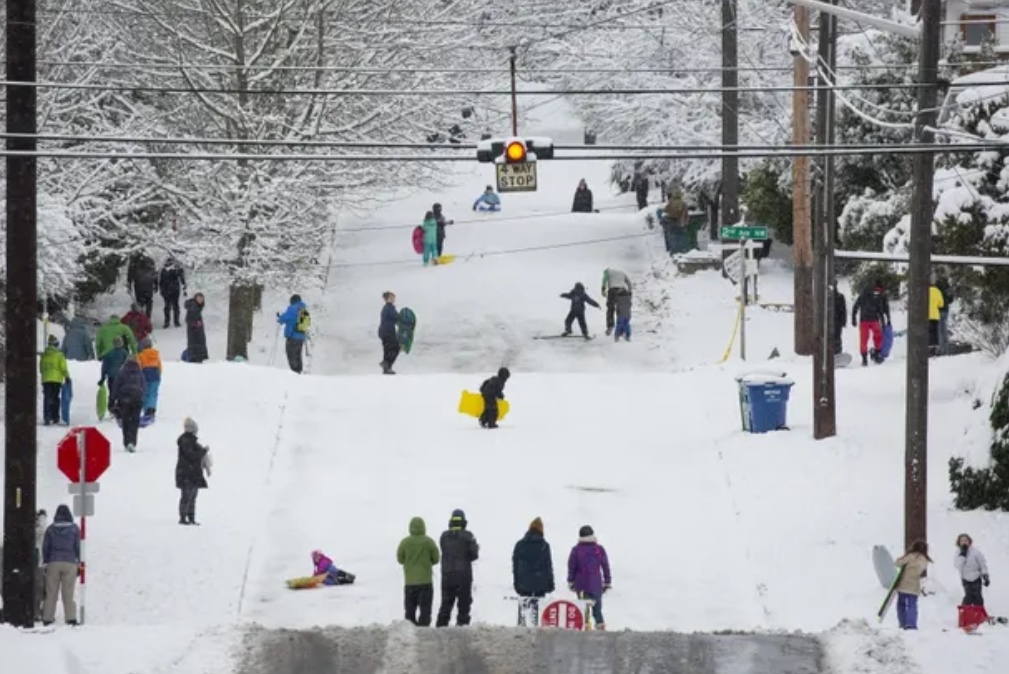 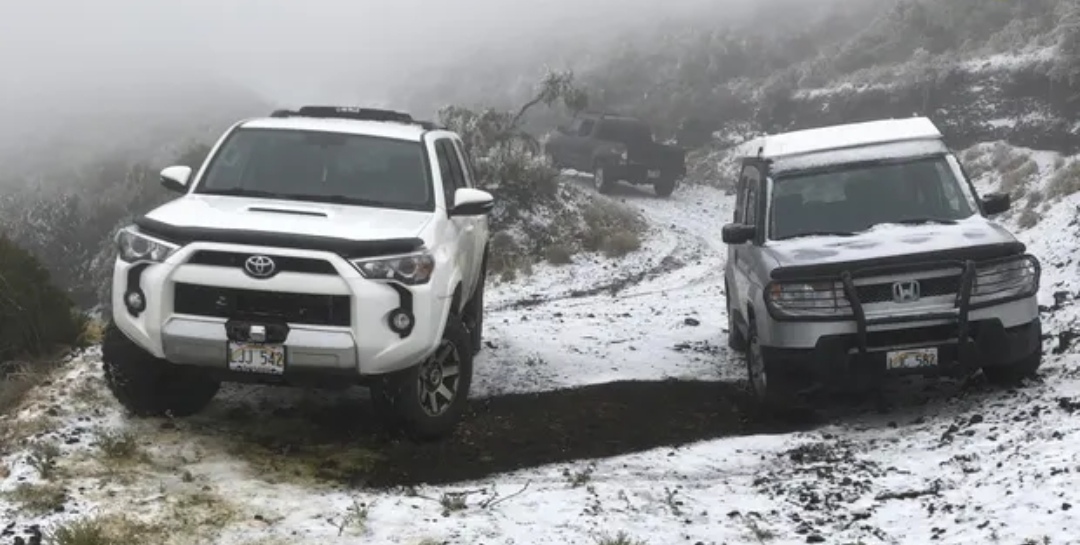 An unusually large weather system is wreaking havoc in America’s north-west and even brought snow to Hawaii.

Schools closed across Washington state and the legislature canceled all hearings on Monday with winter snowstorms pummeling the region.

Seattle’s metro area had already been hit by three snowstorms this month and the National Weather Service reports that Seattle-Tacoma international airport has received 14.1in (36cm) of snow so far in February, more than twice the annual average and the snowiest month in more than 30 years.

The storm that hit Seattle on Sunday dumped up to 4in (15cm) of snow and forecasters said more snow or rain was expected Monday and Tuesday as a lingering jet stream drives cold Arctic air into the normally temperate region, and part of a larger cycle that has also driven snow as far away as Hawaii.

Hawaii officials said the blanket of snow at Polipoli Spring state recreation area is probably the first for any state park. Polipoli is at 6,200ft (1,900m) making this possibly the lowest elevation snow ever recorded in the state.

Sam Lemmo from Hawaii’s Department of Land and Natural Resources said: “We rarely, if ever, have seen the combination of record high onshore waves, coupled with gale force winds.”

When Lance Endo’s friend camping at a state park on Maui texted him early on Sunday that there was snow he jumped in his truck and drove more than hour to see it. “I just wanted to go play in the snow,” Endo said.

Endo headed back down from the park on the slopes of Haleakala, where the weather service says there were snow drifts of about 4ft (1.21m), to bring his two children up to the park.

By the afternoon, the snow was melting and there was a traffic jam from others wanting a chance to see Hawaii snow. Endo said he wanted his kids to “see something that’s very unusual in Hawaii”.

In northern California, Humboldt county beaches that have not had snow in more than 15 years received a dusting and blizzard conditions caused whiteouts on mountain roads.

In Seattle, the snow’s effects were amplified by a prolonged stretch of cold temperatures.

“You’ve got storm after storm sliding down the sweet spot to produce low-level snow,” said Kirby Cook, a meteorologist at Seattle’s National Oceanic and Atmospheric Administration office. He described weather systems pulling cold air from Canada and combining it with moist air pulled east from the Pacific Ocean.

When snow does fall in the area, normally enough warm air is drawn from over the Pacific to melt it soon after it falls, but the steady stream of cold air has kept normally mild western Washington colder than normal – and let the snow build up.

“It’s really rare for us to maintain this pattern,” Cook said.

Joe Zagrodnik, an atmospheric scientist at the University of Washington, said the larger system at work – namely the position of a cold jet stream – was also driving warm temperatures in Alaska and unusual weather in Hawaii.

With a north-south ridge of high pressure situated off the coast of Washington and Canada, Zagrodnik said, cold air being drawn southward inland is being replaced by warm air moving north offshore, driving temperatures up in parts of Alaska even as Seattle freezes.

And a chunk of cold, low-pressure air separated from the main flow is also drifting further west. Known as a Kona Low, the system caused unusual snow on the island of Maui.

In Washington, Zagrodnik said, February’s total already sets the month as the snowiest single month in the state since November 1985, and the snowiest February on record.

Karl Hadland, of Bellingham, about an hour north of Seattle, described finding some shelves stripped at local stores and uncertainty about being able to meet with business clients.

“We just have to wait,” Hadland said.

Elsewhere around the US, the midwest braced for more ice storms. Authorities say a north-eastern Indiana man and his two daughters died after his car slid off a snow-covered rural road and into a river.