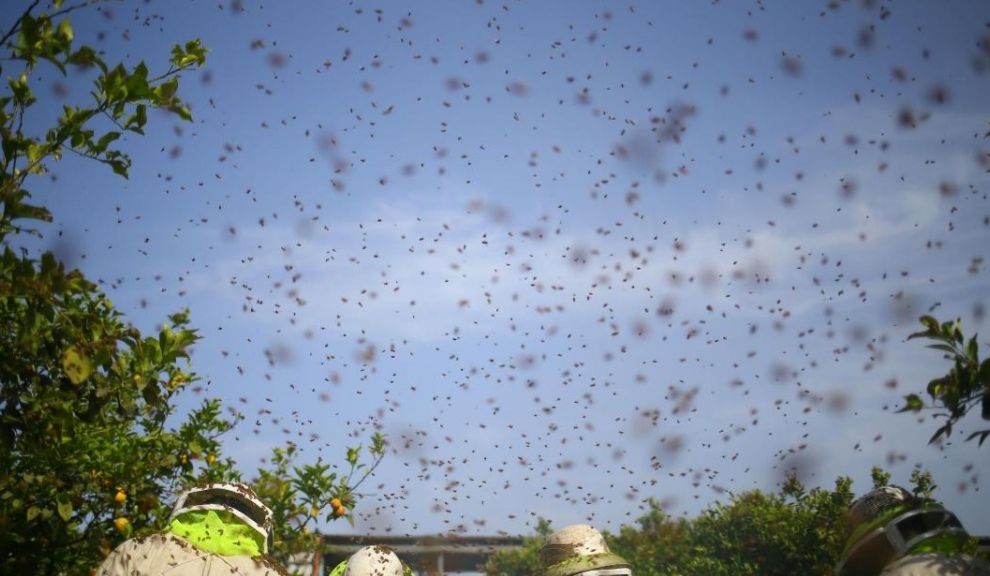 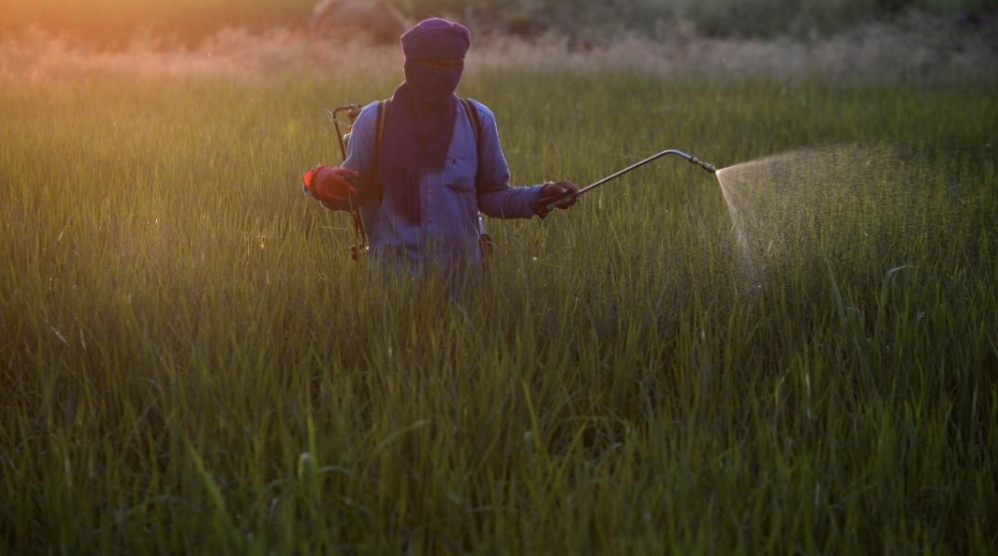 Insect populations are declining precipitously worldwide due to pesticide use and other factors, with a potentially “catastrophic” effect on the planet, a study has warned.

More than 40% of insect species could become extinct in the next few decades, according to the “Worldwide decline of the entomofauna: A review of its drivers” report, published in the journal Biological Conservation.

Insect biomass is declining by a staggering 2.5% a year, a rate that indicates widespread extinctions within a century, the report found.

In addition to the 40% at risk of dying out, a third of species are endangered — numbers that could cause the collapse of the planet’s ecosystems with a devastating impact on life on Earth.

The report, co-authored by scientists from the universities of Sydney and Queensland and the China Academy of Agricultural Sciences, looked at dozens of existing reports on insect decline published over the past three decades, and examined the reasons behind the falling numbers to produce the alarming global picture.

Its lead author, Francisco Sanchez-Bayo, of the School of Life and Environmental Sciences at the University of Sydney, called the study the first truly global examination of the issue.

While the focus in the past has been on the decline in vertebrate animal biodiversity, this study stressed the importance of insect life on interconnected ecosystems and the food chain. Bugs make up around 70% of all animal species. 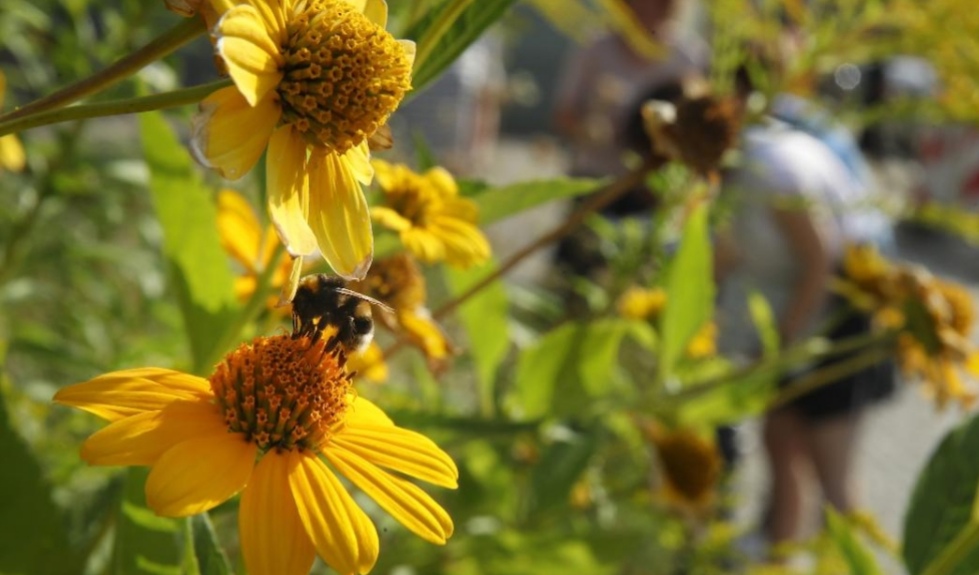 A bumblebee lands on a flower as workers from the Federation for Nature Protection German inspect an urban garden in Berlin, Germany

The repercussions of insect extinction would be “catastrophic to say the least,” according to the report, as insects have been at “the structural and functional base of many of the world’s ecosystems since their rise … almost 400 million years ago.”

Key causes of the decline included “habitat loss and conversion to intensive agriculture and urbanization,” pollution, particularly from pesticides and fertilizers, as well as biological factors, such as “pathogens and introduced species” and climate change.

While large numbers of specialist insects, which fill a specific ecological niche, and general insects were declining, a small group of adaptable insects were seeing their numbers rise — but nowhere near enough to arrest the decline, the report found. 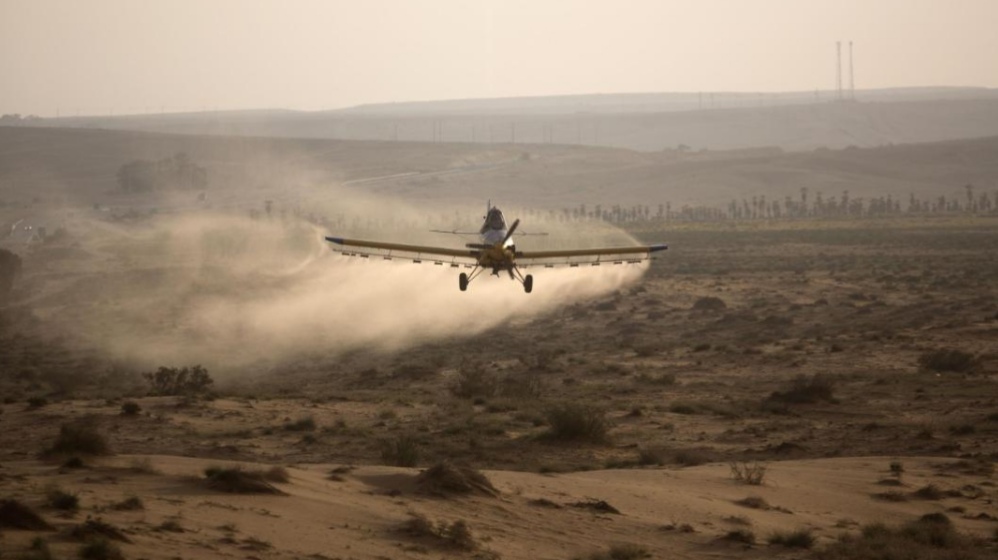 A light plane sprays pesticides on a hill in the Negev Desert near the Egyptian border.

Small creatures that run the world

Don Sands, an entomologist and retired Commonwealth Scientific and Industrial Research Organization scientist, said he agreed “entirely” that the “bottom-up” effects of insect loss were serious.

“If we don’t have insects as moderators of other pest populations, we have insect populations that flare up and ruin crops and make them difficult to grow,” he said.

He added that the ecosystem at this level has “to be in balance. That’s the bottom layer and unless we address it all our lives could be impacted immeasurably.

“(Insects are) the small creatures that run the world,” he said.

Reports of insect decline are not new: researchers have been warning of the phenomenon and its impact for years.

Last year, one study found that flying insect populations in German nature reserves declined by more than 75% over the duration of a 27-year study, meaning that the die-off is happening even beyond areas affected by human activity.

“These are not agricultural areas, these are locations meant to preserve biodiversity, but still we see the insects slipping out of our hands,” said that report’s co-author, Caspar Hallman.

Species that rely on insects as their food source — and the predators higher up the food chain which eat those species — were likely to suffer from these declines, according to the scientists. The pollination of both crops and wild plants would also be affected, along with nutrient cycling in the soil.

Indeed, “ecosystem services provided by wild insects have been estimated at $57 billion annually in the USA,” according to an earlier study.

Some 80% of wild plants use insects for pollination while 60% of birds rely on insects as a food source, according to the study. Sands said an immediate danger of the insect decline was the loss of insectivorous birds, and the risk of larger birds turning from eating insects to eating each other.

In his native Australia, “birds that are running out of insect food are turning on each other,” he said, adding that this is likely a global phenomenon.

Bees swarm in the sky as Palestinian workers remove frames from beehives to collect honeycombs in the Gaza Strip.

The report’s authors called for radical and immediate action.

“Because insects constitute the world’s most abundant and (species-diverse) animal group and provide critical services within ecosystems, such events cannot be ignored and should prompt decisive action to avert a catastrophic collapse of nature’s ecosystems,” they wrote.

They suggested overhauling existing agricultural methods, “in particular a serious reduction in pesticide usage and its substitution with more sustainable, ecologically-based practices.”

“The conclusion is clear: unless we change our ways of producing food, insects as a whole will go down the path of extinction in a few decades,” they concluded.