Latest News
Home News Democrats are going after the wealthy and ‘I am fearful,’ says former Rep. Hensarling 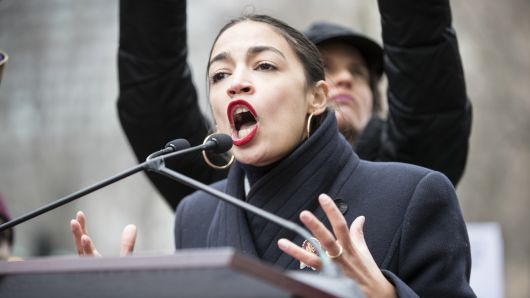 Democrats are going after the wealthy and ‘I am fearful,’ says former Rep. Hensarling

Democrats have taken aim at the wealthy — and that has former Rep. Jeb Hensarling afraid of what could come.

Hensarling, a Republican who represented Texas from 2003 to 2019, told CNBC on Tuesday that the move to slap more taxes on the rich by the left wing of the Democratic Party is all about division and greed.

“I am fearful of it because in America we do not traditionally vilify success. We celebrate success,” he said on “The Exchange.”

Two proposals have already been floated by Democrats. Sen. Elizabeth Warren of Massachusetts, who is exploring a run for president, wants a “wealth tax” on Americans with more than $50 million in assets. New York Rep. Alexandria Ocasio-Cortez is advocating a 70 percent marginal tax rate on income above $10 million.

“I’m not sure it will work but it is a very worrisome strain in American politics,” Hensarling said.

Polling generally supports higher taxes on the wealthy, an issue that is becoming one of the most crucial of the nascent 2020 election campaign. A recent Hill-HarrisX survey of 1,001 registered voters found that 59 percent supported Ocasio-Cortez’s proposal. And a Fox News poll published last week found that 70 percent of registered voters backed hiking taxes for families making more than $10 million a year.

Hensarling is certainly not alone in his concern. On Tuesday, former Starbucks CEO and possible independent presidential candidate Howard Schultz said Ocasio-Cortez’s idea is one of the reasons he could never run as a Democrat.

“By the time we get to the presidential election, this is going to gain more momentum,” said Minerd, who added that he would probably be personally impacted by it. “And I think the likelihood that a 70 percent tax rate, or something like that, becomes policy is actually very real.”

Hensarling said it comes down to simple economics, calling the ideas “counterintuitive” because most Americans are enjoying the best economy of their lifetime.

“There’s a real a race to turn America into Venezuela,” he said.

Venezuela, which Hensarling called “a socialist paradise,” is in the midst of a growing political crisis. Protests, sparked by the inauguration of President Nicolas Maduro, have led to violence that saw more than 40 people killed. Maduro was sworn in after disputed elections last year, but the U.S. and several other countries have recognized self-proclaimed interim President Juan Guaido as the legitimate head of state.