Latest News
Home News The only thing we can do is adapt’: Greenland ice melt reaching ‘tipping point,’ study finds 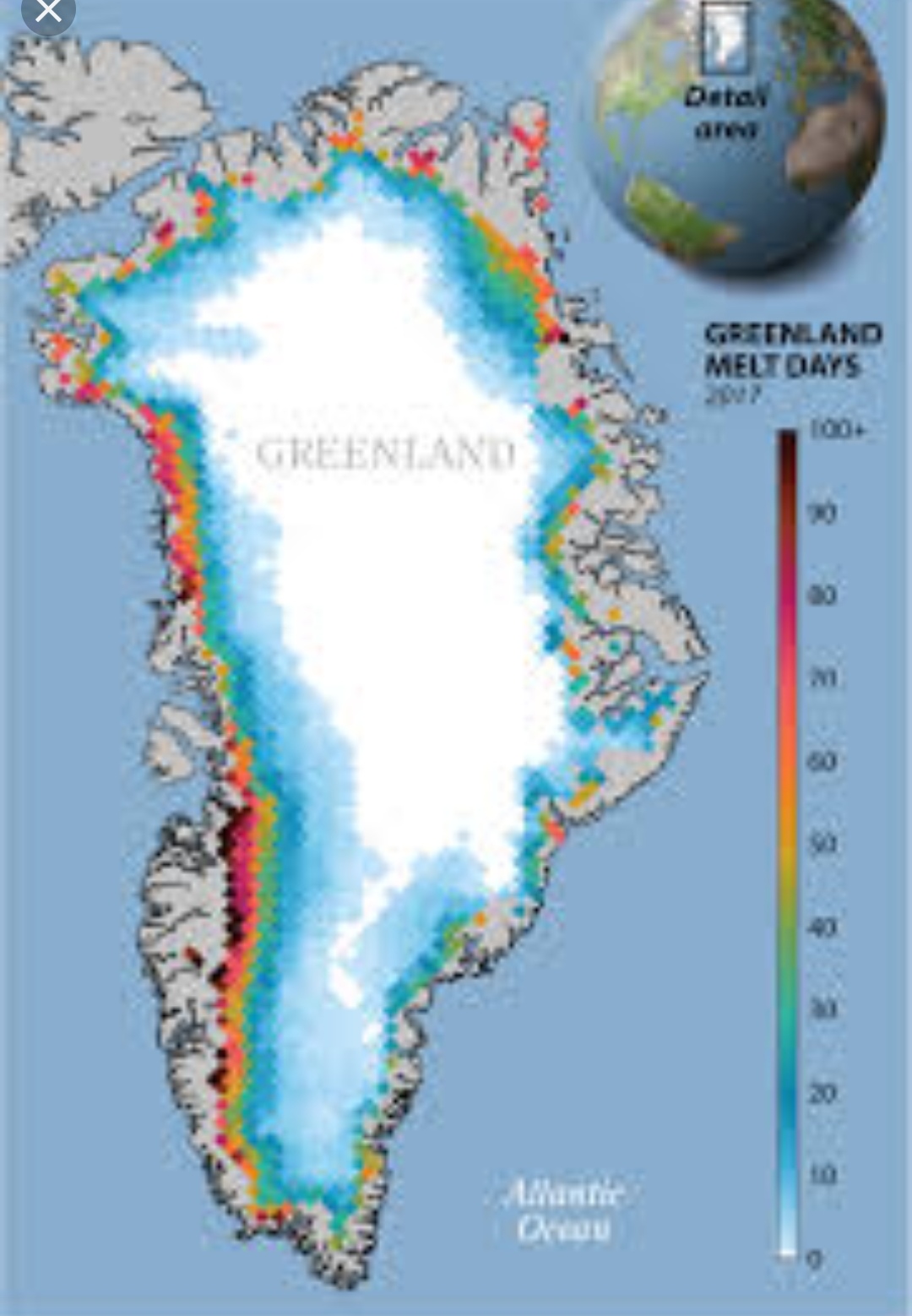 The only thing we can do is adapt’: Greenland ice melt reaching ‘tipping point,’ study finds 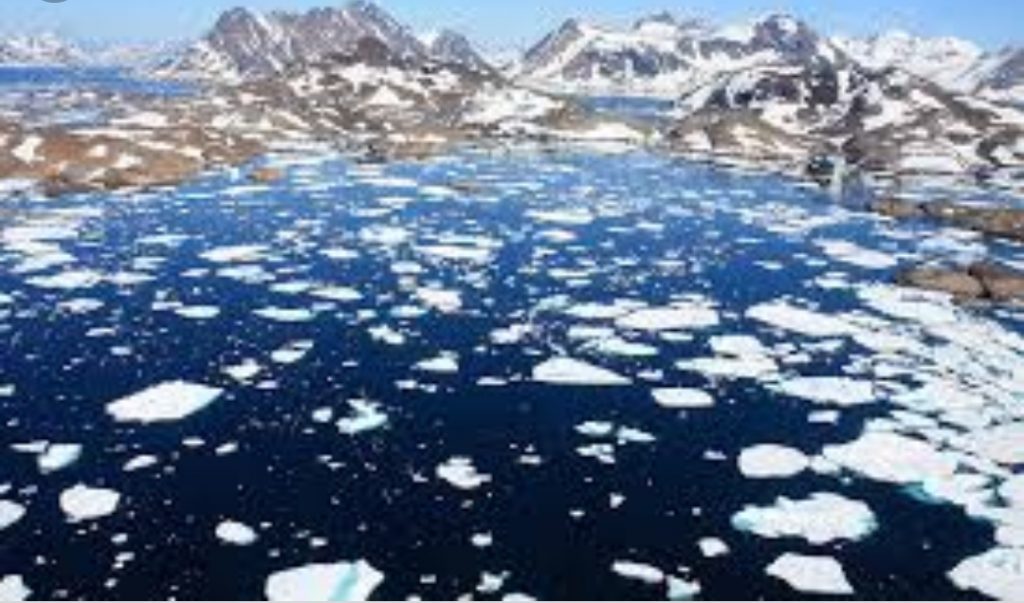 Climate change is causing Greenland’s massive ice sheets to melt much faster than previously thought, a new study has found, and it may be “too late” to do anything about it.

The findings could have dire implications for the planet’s low lying islands and coastal cities. Eight of Earth’s 10 largest cities in the world are near coasts, and 40% to 50% of the planet’s population live in areas vulnerable to rising seas.

Michael Bevis, a professor of geodynamics at The Ohio State University and the lead author of the study, says the research found that humanity may have passed the point of no return when it comes to combating climate change.

The only thing we can do is adapt and mitigate further global warming — it’s too late for there to be no effect,” said Bevis. “This is going to cause additional sea level rise. We are watching the ice sheet hit a tipping point.”

Greenland’s ice has historically melted in cycles due to natural weather phenomena, but rising temperatures have exacerbated the trend, said Bevis.

“These oscillations have been happening forever,” he said. “So why only now are they causing this massive melt? It’s because the atmosphere is, at its baseline, warmer.”

But Bevis’ team’s study differs from previous research on Greenland because it focused on Greenland’s southwest, which does not have many glaciers, according to a news release from Ohio State.

Researchers studying sea level rise often focus on Greenland’s southeast and northwest regions, home to large glaciers which see large icebergs break off and flow into the Atlantic Ocean. Those chunks then melt and cause sea levels to rise.

A study published last month in the scientific journal Nature found that Greenland’s ice sheets, which contain enough water to raise global sea levels by 23 feet — have been melting at an “unprecedented” rate, 50% higher than pre-industrial levels and 33% above 20th-century levels.

The study Bevis lead, published Monday in the Proceedings of the National Academy of Sciences, analyzed GPS data from Greenland’s coast to more precisely understand previous research from a joint project between NASA and the German Aerospace Center — which found that Greenland shed approximately 280 gigatons of ice per year, causing global sea level to rise by 0.03 inches (0.8 millimeters).

Bevis and his co-authors found that by 2012, the rate of ice loss had accelerated to nearly four times what it was in 2003. They also found this acceleration largely took place in Greenland’s southwest.

“We knew we had one big problem with increasing rates of ice discharge by some large outlet glaciers,” Bevis said. “But now we recognize a second serious problem: Increasingly, large amounts of ice mass are going to leave as meltwater, as rivers that flow into the sea.” 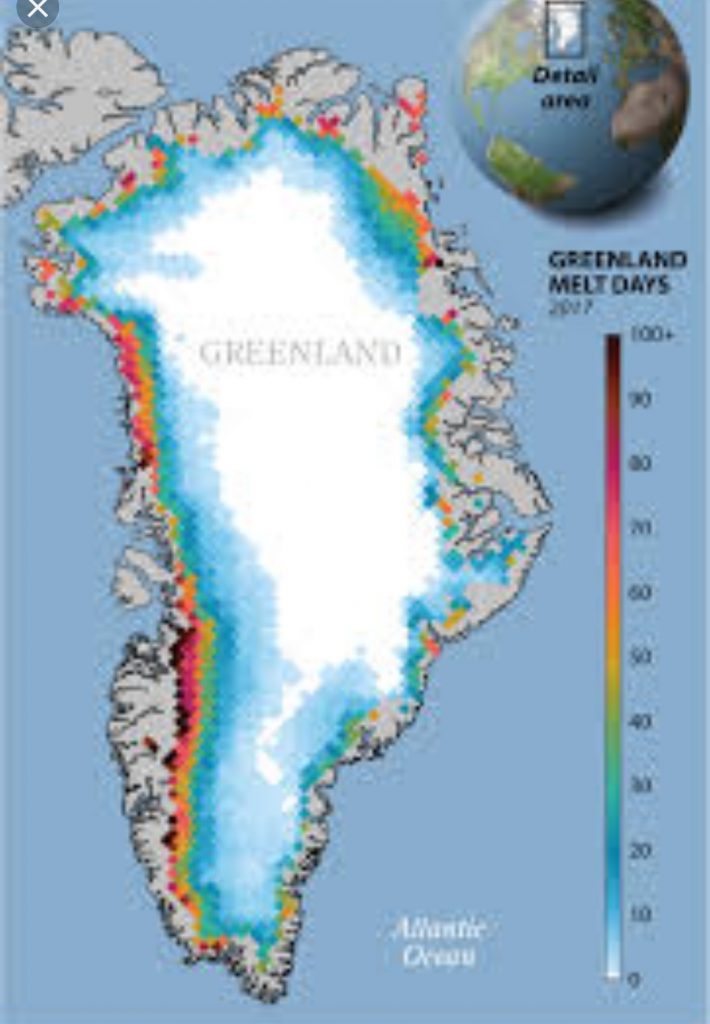