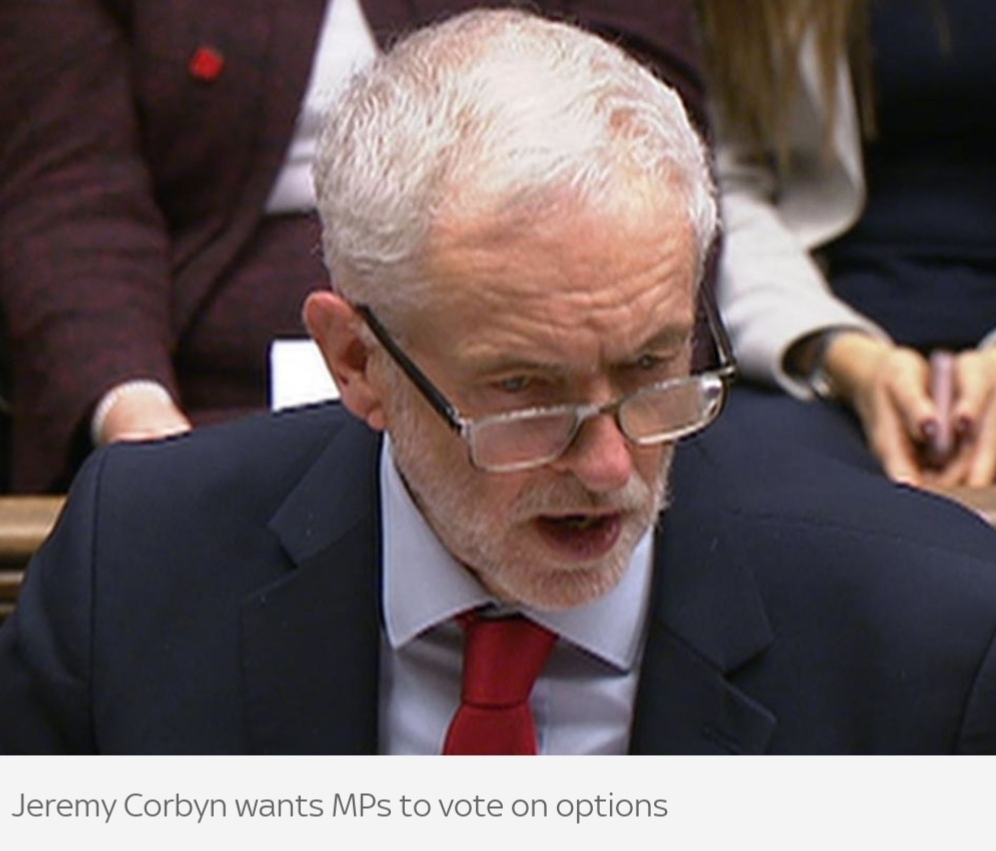 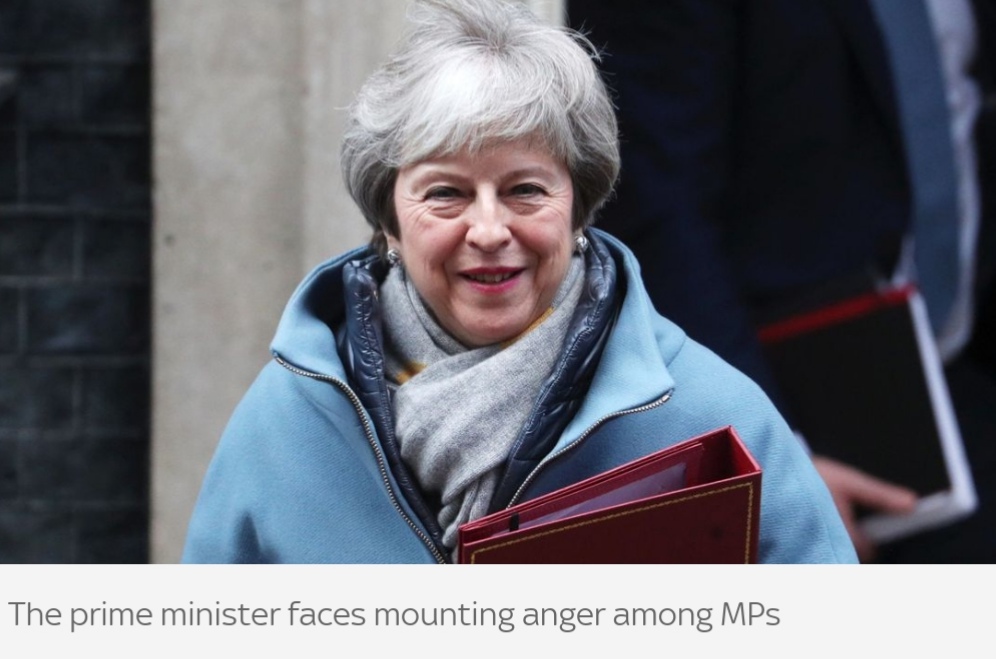 Pressure on Theresa May to rule out a “no-deal” Brexit is stacking up after MPs derided her plan B.

Sky News has learned that cross-Channel freight trade could collapse by between 75% and 87% for six months in the event of no deal.

The estimate, by the UK Border Force, is part of an assumption for no-deal contingency plans and is based on predictions of tough customs checks by the French.

The disclosure, in a document leaked to Sky News, comes as:

:: The pro-Remain cabinet minister Amber Rudd is said to have warned Number 10 that dozens of ministers could resign if Tory MPs are banned from voting to stop a no-deal Brexit;

:: Labour has tabled a Commons amendment to the government’s EU withdrawal deal, which it claims prevents the chaos of no deal and includes the option of a second referendum;

:: Labour’s Hilary Benn has also tabled an amendment for next week’s Brexit debate, calling for a series of votes on a way forward;

The Border Force document, marked sensitive, reads: “The reasonable worst case flow through the Short Straits is reduced to between 13% and 25% of current capacity for a period of between 3-6 months.”

The French will apply at least the legal minimum of third country customs controls on all goods and sanitary and phytosanitary (SPS) checks on specified food and agricultural products. This includes the imposition of 100% customs documents checks.

“Even after an initial shock, Border Force assumes that a “new normal” for cross-Channel freight will be 50-100% of current flows lasting ‘until significant changes are made to improve border arrangements such as automation’.”

The document concludes: “A significant proportion of traders will not be ready for D1ND (day one, no deal)”.

Responding to the leak, Labour David Lammy MP said: “As this shows, no deal will be catastrophic for British trade. A worst case 87% fall in channel freight traffic means job losses, shortages of vital supplies and potential recession.

“It’s time for parliament to rule out no deal, and begin an honest discussion about the remaining options for Brexit, in comparison to remaining in the EU.”

Pro-Remain Labour MP Jo Stevens said: “With every passing day the reality of a no-deal Brexit becomes ever clearer.

“The freight referred to in this slide is the essentials: medicines, food and goods that keep the country going. It’s no surprise the government didn’t release this information in its public no-deal guidance.

“In refusing to take ‘no deal’ off the table, the prime minister is gambling the country’s supply of essential food and medicines in a desperate attempt to rescue her botched Brexit deal.

“The time for the prime minister to do the right thing is long overdue. She must take no-deal off the table and give the public a chance to have its own say.”

In another blow for the prime minister, already reeling from criticism of her plan B, Ms Rudd is claiming 25 to 40 members of the government want to vote for an amendment drafted by Labour’s Yvette Cooper and the Tory backbenchers Sir Oliver Letwin and Nick Boles.

Ms Rudd – the work and pensions secretary – is said to be telling Number 10 that it should offer a free vote on the issue as a way of forcing all Tory MPs to show their view on Brexit issues, rather than just waiting while the prime minister attempts to delay key decisions for another round of Brexit negotiations and winding down the clock.

Labour’s Brexit amendment would instruct the government to rule out no deal and allow MPs to vote on options including a public vote.”

Our amendment will allow MPs to vote on options to end this Brexit deadlock and prevent the chaos of a no deal,” said Jeremy Corbyn.

“It is time for Labour’s alternative plan to take centre stage, while keeping all options on the table, including the option of a public vote.”

In its hard-hitting report, the Institute for Government says there have been 21 ministerial resignations since the general election and there is a risk major projects such as HS2 will not be delivered on time and on budget.