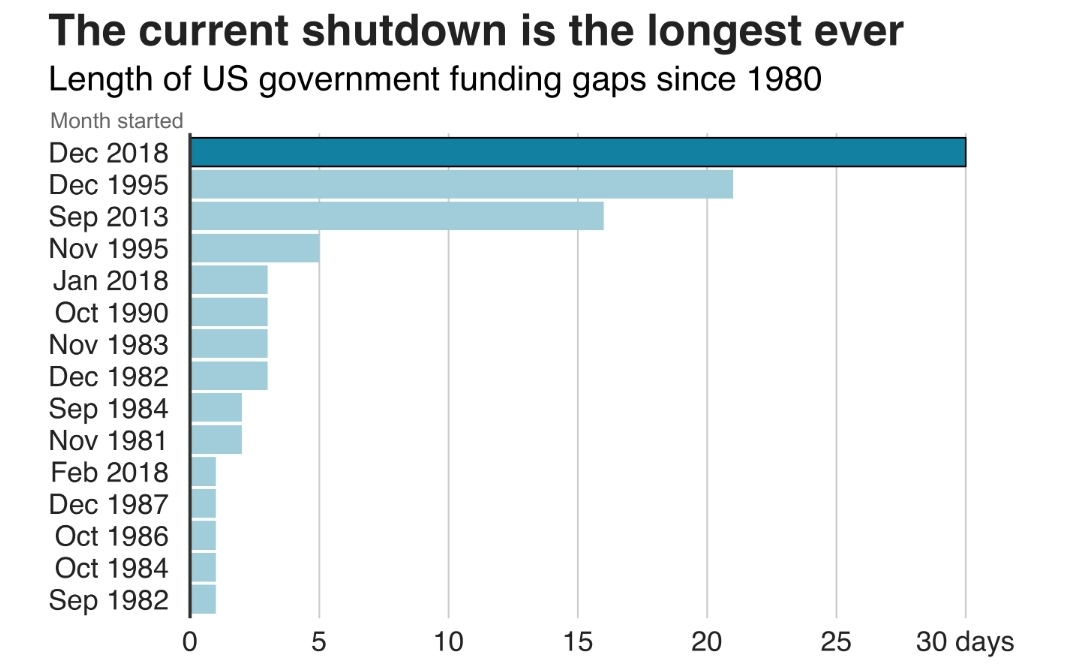 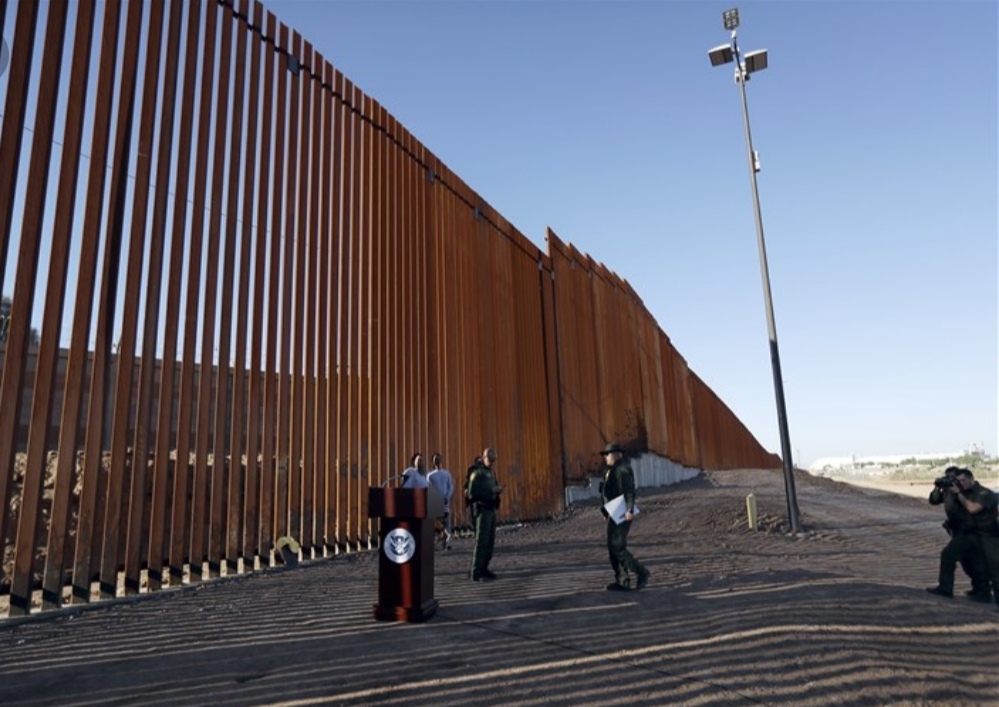 US President Donald Trump has set out new plans on his Mexican wall project to try to end a partial government shutdown lasting more than four weeks.

One of his “compromises” was on so-called Dreamers – who entered the US illegally when young. He still wants $5.7bn (£4.5bn) to fund the wall.

Democrats have refused to fund it and ahead of the speech had already rejected the expected concessions.

The shutdown, the longest in history, has affected 800,000 federal workers.

What was in Mr Trump’s address?

The president started by saying the US had a proud history of welcoming migrants, but that the system had been “badly broken for a very long time”.

He said he was “here to break the logjam and provide Congress with a path forward to end the government shutdown”.

He again spelled out his reasons for building the wall and stressed it was not a continuous structure, just one of steel barriers in high-priority areas. But the demand for $5.7bn to fund it remains.

There are some 700,000 Dreamers, who were young when they entered the US with their parents illegally,

The Dreamers are currently protected from deportation under a programme that allows them to work but not get citizenship. It is a programme Mr Trump has been trying to rescind.

But he said he would extend protection for Dreamers for another three years, allowing them continued access to work permits.

He said he would also extend the visas for TPS holders for three years. More than 300,000 people from countries affected by war or disasters are allowed to work in the US under TPS, another system Mr Trump has opposed.

There were other proposals, including $800m in urgent humanitarian assistance, 2,750 more border agents and security officials and 75 new immigration judge teams. Certainly the latter conforms largely with Democrat suggestions.

The president said his proposals were “reasonable with lots of comprom

Donald Trump struck a deal to reopen the government and build his much-promised wall – with one small problem.

He was negotiating with Senate Republican Leader Mitch McConnell, and if he wants to succeed he’s going to have to get Democrats on board.

It’s a touch ironic that the deal Mr Trump outlined – his wall in exchange for protection for certain childhood undocumented migrants and temporary resident aliens – was one the president walked away from last year, when Democrats were the ones instigating a shutdown.

After senators thought they had an agreement, the White House issued new demands for reforms to legal immigration.

Now Democrats are in control of the House, and the calculus has changed. Mr Trump’s offer of temporary immigrant protection probably isn’t any greater than the ones courts have already imposed.

The president’s move may put some pressure on his opponents to return to the negotiating table, but they still feel they have the upper hand. Unless that changes – or the president backs down – the shutdown will drag on.

What have Congressional leaders said?

The Democrats responded even before the speech went out.

Democratic House Speaker Nancy Pelosi called the concessions “a non-starter” and “a compilation of several previously rejected initiatives, each of which is unacceptable and in total do not represent a good faith effort to restore certainty to people’s lives”.

“What we didn’t hear from the President was any sympathy for the federal workers who face so much uncertainty because of the chaos of the #TrumpShutdown,” Mrs Pelosi tweeted.

Other key Democrats pre-emptively rejected the plans, sticking by the party’s position that it would not negotiate until government was reopened.

After the announcement, Democratic Senator Chuck Schumer said Mr Trump had “single-handedly” taken away Dreamers and TPS protections and that offering some protections back was “not a compromise but more hostage taking”.

On the Republican side, Mr McConnell hailed the president’s proposal as a “bold solution to re-open the government, secure the border, and take bipartisan steps toward addressing current immigration issues”.

Mr McConnell would be seeking Senate passage of the proposal next week, his spokesman said.

How is the shutdown affecting unpaid workers?

Some of the 800,000 federal employees who have been going unpaid since 22 December are in increasingly dire straits.

More than 1,500 appeals have been set up by them on crowdfunding site GoFundMe, seeking a financial lifeline to pay rent or feed and clothe their children.

In desperation, the Department of Agriculture, the Internal Revenue Service and the Federal Aviation Administration have just recalled more than 50,000 employees, who must work without pay.