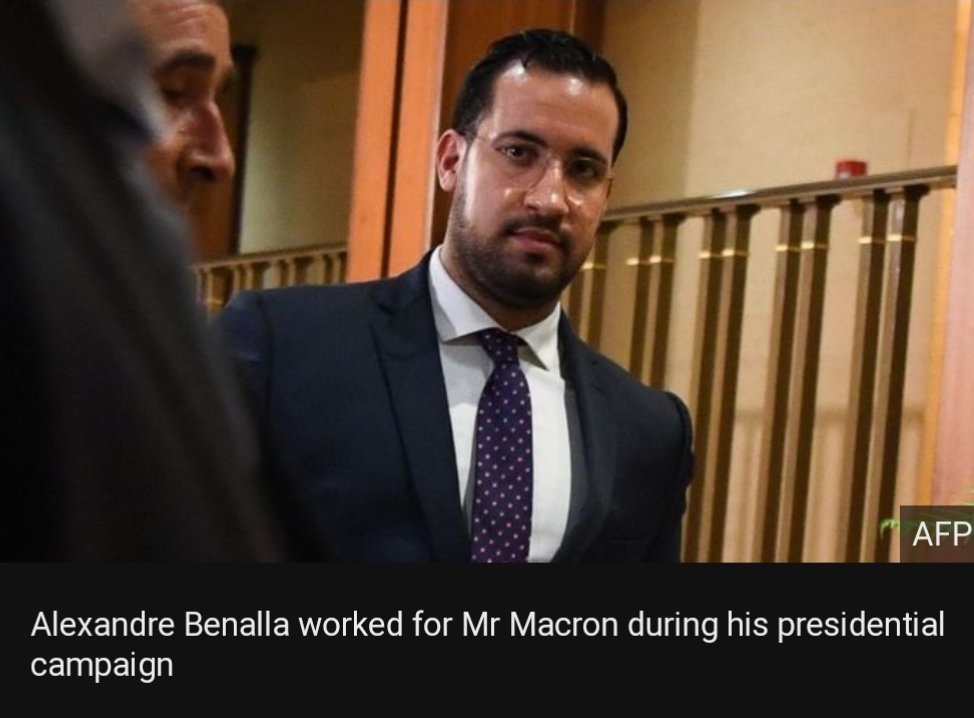 A sacked aide to French President Emmanuel Macron has been detained over the use of diplomatic passports.

The Paris prosecutor’s office said a preliminary inquiry had been opened into Alexandre Benalla’s alleged possession of two passports.

He is alleged to have used them despite losing his job as a security officer in Mr Macron’s staff in July.

Mr Benalla was sacked by Mr Macron after video emerged of him beating protesters in Paris.

He was placed under investigation for assault and “usurping the functions of a police officer” over the incident, which happened during May Day demonstrations.

In December he was also officially rebuked for a business trip to Chad , in central Africa.

At the time, the Mediapart investigative website said Mr Benalla had been travelling on diplomatic passports issued in May.

A French foreign ministry spokeswoman confirmed that two diplomatic passports had been issued to Mr Benalla and that it had asked him to return them after his dismissal in July.

“Any use of these passports since would have been despite the commitments made by the interested party,” the spokeswoman told AFP news agency in December.