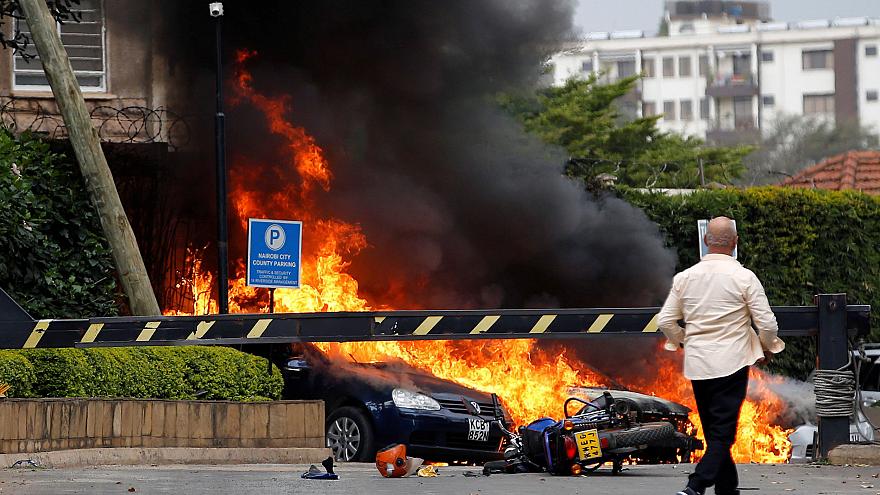 Upscale hotel and office complex in Kenya is ‘under attack’

NAIROBI, Kenya — A blast and heavy gunfire sent workers fleeing for their lives at an upscale hotel and office complex in Kenya’s capital on Tuesday.

“We are under attack,” one person in an office inside the complex told Reuters, before hanging up.

“I just started hearing gunshots, and then started seeing people running away raising their hands up and some were entering the bank to hide for their lives,” a woman working in a neighboring building said.

The Associated Press quoted police at the scene as describing the incident as a terrorist attack.

Nairobi suffers from violent robberies but has also been targeted by Somali Islamist militants.

Nairobi’s Westgate Mall was attacked in 2013, when al-Shabab extremists burst into the luxury shopping center, hurling grenades and starting a days-long siege that left 67 people dead.