Latest News
Home News Trump brushes off Ocasio-Cortez. She responds by hitting the president where it hurts. 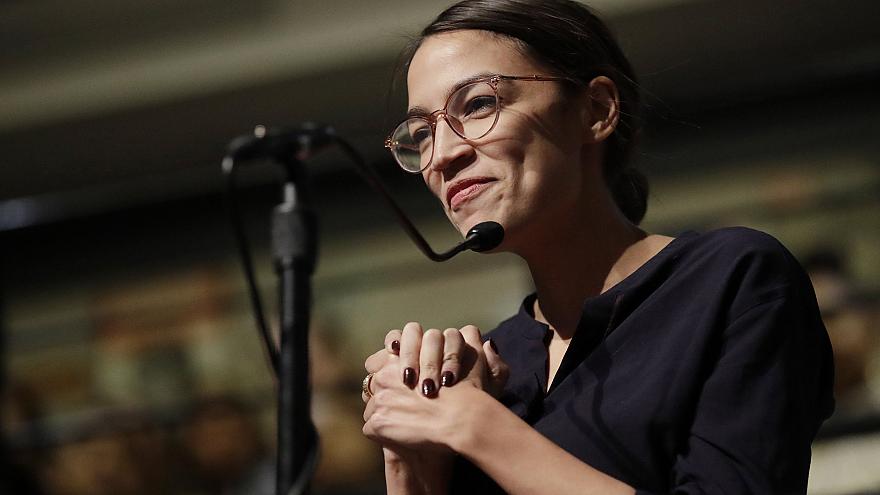 Trump brushes off Ocasio-Cortez. She responds by hitting the president where it hurts.

Freshman Democratic Rep. Alexandria Ocasio-Cortez hit President Donald Trump where it hurt on Monday — mocking his wealth — after the president had dismissed her recent comments about him with a “who cares?”

Trump was asked on the White House lawn about Ocasio-Cortez calling him a racist during a “60 Minutes” interview earlier this month in which the New York lawmaker said there was “no question” the president was racist. Trump responded, “Who cares?”

In a followup tweet, Ocasio joked that the 70 percent marginal tax rate she suggested be implemented on earning in excess of $10 million would not apply to Trump — who claims to be a billionaire — because he “probably hasn’t made more than $10 million in years.”

She added that’s probably why he’s refused to make his tax returns public.

Ocasio-Cortez has watched her stock skyrocket in the Democratic Party since pulling off a surprising upset over longtime Democratic Rep. Joe Crowley last summer. She has built up a large social media following and has been unafraid to challenge leadership in her own party.

Days later, Trump told reporters the Democratic Party had been “taken over by a group of young people who, frankly, in some cases, I’ve been watching, I actually think are crazy.”

Trump claimed to have predicted Ocasio-Cortez’s victory over Crowley in an August interview with Bloomberg.

“So I’m watching television and I see this young woman on television and I say, ‘who’s that?'” Trump said. “Oh, she’s campaigning against Joe. You know who Joe is, right? Queens. Crowley. So, I say, ah, let me just watch her for a second. Wonderful thing, TiVo. So you go back. Hah. Tell him he’s going to lose.”

“Now, I don’t agree with her views,” he added. “Her views are terrible.”

A study published by Axios on Sunday showed that Trump and Ocasio-Cortez drove the most engagement on Twitter by far among all U.S. politicians during the past month.