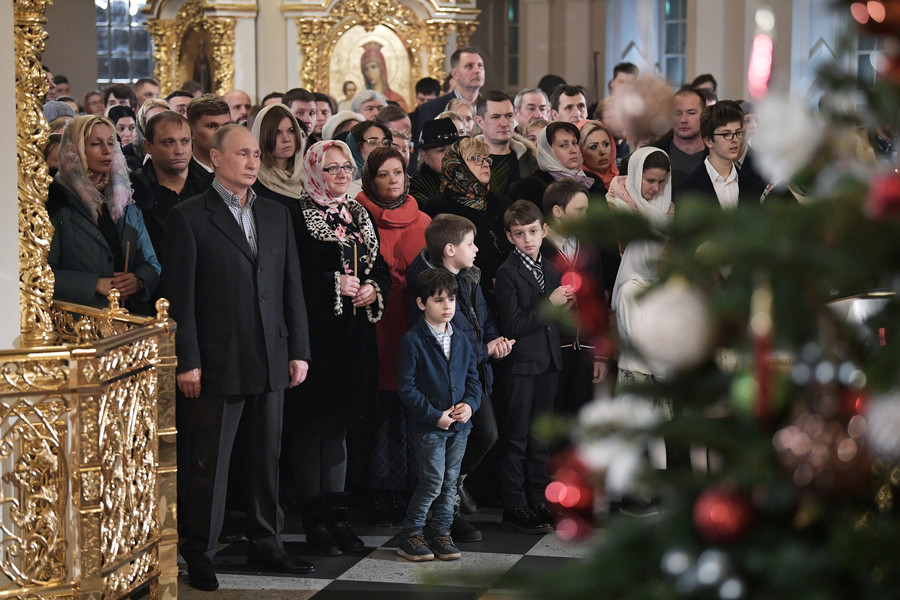 Russian Orthodox Christians have marked Christmas with a special midnight mass held in churches and cathedrals across the country. President Vladimir Putin attended a service in Saint Petersburg’s Transfiguration Cathedral, where his mother had him baptised in secrecy during Soviet times.

In Moscow the head of the Russian Orthodox Church, Patriarch Kirill, led the mass in the Cathedral of Christ the Saviour. It was attended by Russian Prime Minister Dmitry Medvedev and his wife Svetlana.

The Orthodox Church observes Christmas on January 7 because it has retained the Julian calendar, as opposed to the Gregorian calendar, adhered to in the West.