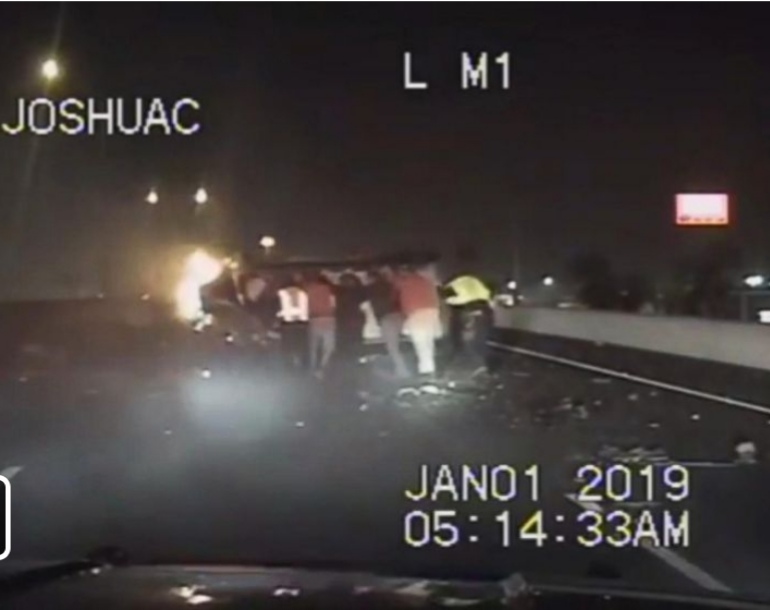 Police in Texas just released harrowing footage of the daring rescue of an elderly man who was rescued from a burning car.

The incident happened in Corpus Christi in the early hours of New Year’s Day.

The vehicle with the 70-year-old man, whose name has not been released, was hit by another vehicle that was driving on the wrong side of the road on State Highway 358, according to the Corpus Christi Police Department.

Police shared a portion of the dash camera footage, which shows a mix of officers and civilians rushing to the man’s car and working together to flip his car right-side up.

At one point, there are at least seven people working to flip the car while flames and smoke appear to be streaming out of the vehicle’s hood

“The efforts from the officers and civilians are commended for saving the life of the 70-year-old male, who is believed would not have survived without their heroic efforts,” the police department said in a news release.

The video clip released by the police department is only 35 seconds long and ends before the man is shown being removed from the vehicle, but police reported in their summary that the man was rescued.