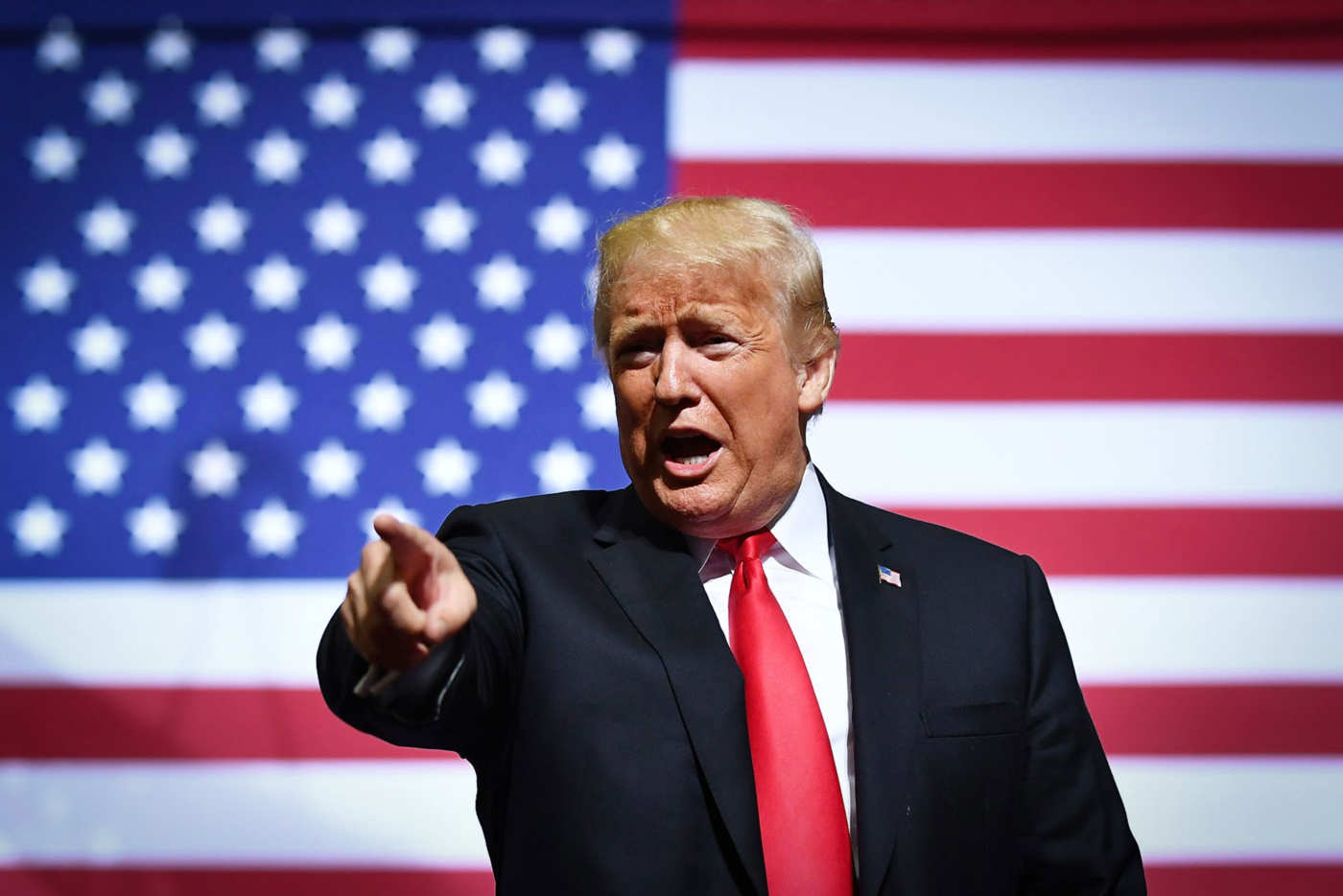 What will happen if Trump really starts to sweat 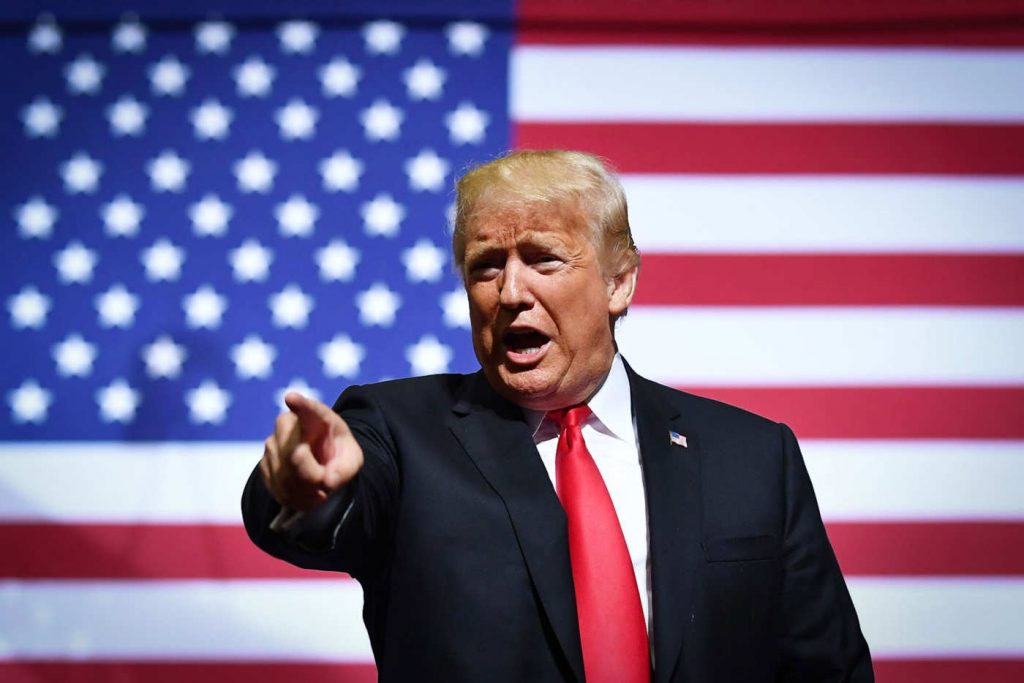 Now it begins. With House Democrats gaining the power to investigate and issue subpoenas, 2019 offers one certainty: The chaos visited on us by Donald Trump is going to get much worse.

Trump got a head start on his 2019 self-pity with a New Year’s Eve message that began, “While I’m at the White House working, you’re out there partying tonight.”
The President was home alone, not hobnobbing with the likes of Fabio and Sylvester Stallone at Mar-a-Lago, because he wanted to make a point about staying in Washington during the government shutdown. Of course, it was a shutdown he caused, with a foot-stamping demand for money for a wall along the Mexico border. The same wall he repeatedly promised Mexico would pay for.
Talking about the wall will clearly be one of Trump’s go-to tactics for deflecting attention from the 17 known investigations into his administration, family and his business. Having won election by stirring up hate and fear of immigrants, Trump can be counted on to keep fear-mongering — at a higher decibel — as special counsel Robert Mueller, prosecutors around the country and Congressional committees issue reports and subpoenas and demands for documents.
Lies have formed the base of Trump’s campaign and administration. His endless and willful falsehoods have corroded the foundation of trust necessary for civil society. Even when they make him look ridiculous, they make a mess of political life, as his supporters cling to his deceptions as a substitute for what is verifiably real.
The President increased his rate of lying in 2018. The Washington Post counted an average of 15 lies per day last year, which was triple his record for 2017.
The surge of Trump’s lies appeared to roughly correspond with bad news from federal courthouses and the press. In 2018, he learned his one-time campaign manager, Paul Manafort, is going to prison and his former lawyer and self-described “fixer,” Michael Cohen, was cooperating with those investigating the 2016 Trump campaign and a great many related issues.
Then came the 2018 midterms, which saw Democrats seize control of the House. Chaos intensified. Top candidates for the chief of staff job dropped out of the running, Defense Secretary James Mattis quit, the Trump shutdown sent the stock market tumbling and even loyal Fox News began to question the President’s judgment.
Social science suggests that Trump may become more dishonest in 2019, because he is likely becoming inured to the effects of what he’s doing. People become desensitized to bad behavior in the same way perfume wearers lose the aroma and apply more. Serious liars tell more and greater lies as time passes.
The supply of bad news and criticism that seems to provoke Trump’s worst behavior will surely explode in 2019. With Sen. Elizabeth Warren getting ready to enter the Democratic presidential race and more contenders coming, the broadsides at Trump will be more numerous and powerful. On Capitol Hill, House Speaker Nancy Pelosi, who already flummoxed Trump in a White House meeting on the budget, will immediately push through legislation funding the government, forcing Trump to truly own the shutdown.
She is also likely to unleash five fierce committee chairs who are expected to begin investigations and hearings to hold Trump to account.
Among the Democrats with the power to torment Trump are two he has gleefully insulted: Adam Schiff, who will head the intelligence committee, and Maxine Waters of the Financial Services Committee.
Waters will hold the power to subpoena Trump’s tax returns, which he has kept secret. Schiff’s intelligence committee will be able to probe a host of controversies that Republicans have ignored, including possible links between Trump’s 2016 campaign and Moscow, and the President’s business dealings abroad.
Three other House committees are poised to make Donald Trump sweat over issues such as his administration’s treatment of asylum-seekers, including two children who recently died in US custody, and various scandals in government agencies and departments. These issues will fall under the purview of the House oversight committee, and its incoming chairman, Elijah Cummings, has sent the administration more than 50 letters seeking information on troublesome issues.
Cummings and his fellow Democrats in the House will also possess the power of impeachment, which, if exercised, would result in a referral to the Senate for a trial that could force Trump from office. Thus far, Democrats don’t seem likely to move for impeachment, but this could change if Mueller’s investigators produce court filings or a report that implicates the President in the Russian interference in the 2016 election.
Mueller is such a frightening bogeyman for Donald Trump that in his evenings alone he may think he sees him in the shadows at the White House. Whether Mueller’s report will be made public is an open question — but if it’s not, Congress could use its power to put at least some of what the special counsel is discovering into the public domain. This should transpire in the coming year.
As the central figure in the nation’s effort to deal with Trump’s deceptions, lies and possible crimes, Mueller has been on the receiving end of the President’s tantrums ever since he began work. If — likely when — his work product is ultimately revealed, he will have his say, and the President is likely to make us all soon look back and think that 2018 was nothing compared with what Trump’s doing now.
Source: CNN
The Online Publishers ‘TOP Platform‘ offers prime online lobbying services to guarantee powerful influence.