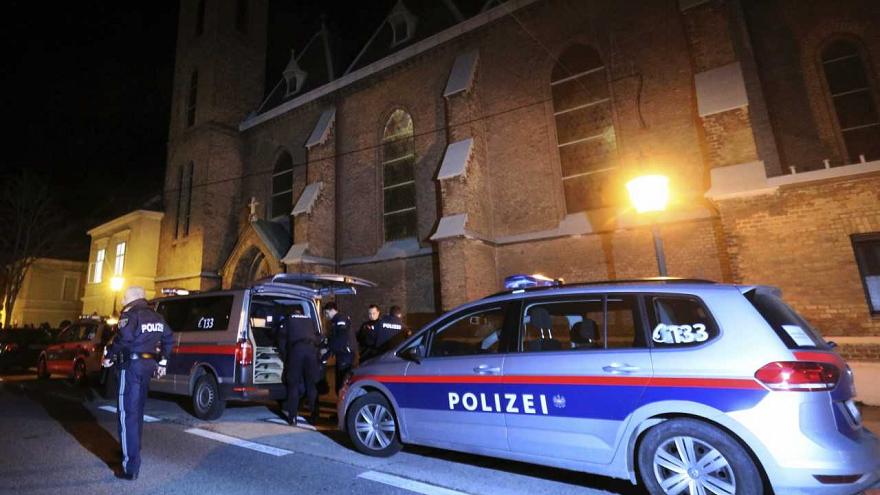 Manhunt on in Vienna after five monks assaulted, held captive in church

Five monks have been injured, one seriously, after being held captive at a Vienna church, police said.

Police launched a search operation and deployed a helicopter to the area as well as putting in public transport controls to search for up to two men suspected of carrying out the attack, who were at large.

Several of the monks were tied up in the church and gagged, according to Vienna police spokesperson Harald Soros.

The men, one carrying a gun, raided the Maria Immaculata church at around 1.30 pm local time.

They told a 68-year-old monk to lie on the floor where they punched, kicked and hit him with “tools”, causing “severe head injuries”, police wrote in a statement.

When his four brothers of the Order came to look for him they were attacked and tied up, but there were no knife or gun wounds.

One further monk was tied up elsewhere in an office but not injured, the police statement read.

All the victims were taken to nearby hospitals.

A victim said one of the suspects was around 180 cm tall, with dark hair and spoke German with an accent, according to police.

The motive for the attack was not known, but terrorism had been ruled out, police wrote on Twitter.

One of the perpetrators was thought to have “demanded valuables and cash,” it added.

“It’s really open right now it could be anything from maybe a robbery,” Soros told Euronews.

Vienna police said they were called shortly after 4 pm and discovered the injured victims inside the church.

It took the monks “hours” to untie themselves, police said in a statement.

“One gunman threatened one of the brothers that live in the church with a gun,” Soros said.

“One man was carrying a gun, he just used the gun to threaten the first victim,” Soros said.

“He never shot the gun, no fires were heard.”