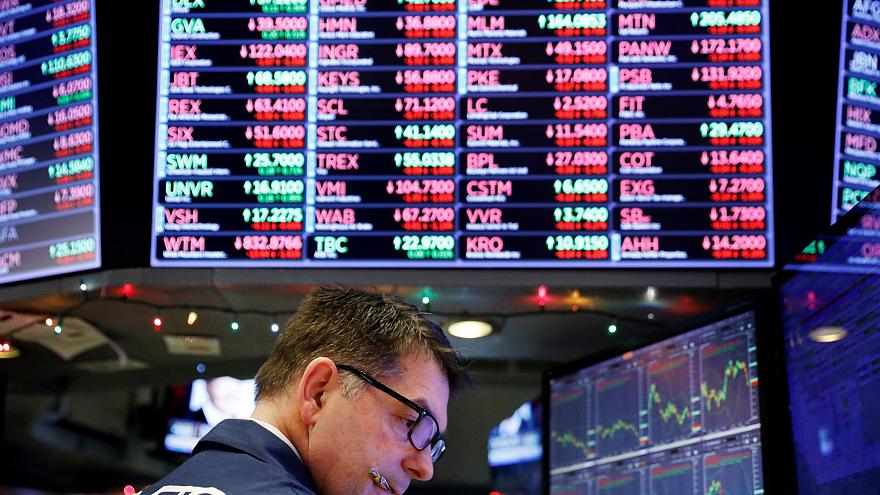 The big uptick in stock market gyrations this year has made a surprise winner out of a trade that has rarely delivered a win – buying and holding volatility.

Stock market ructions over the last decade have been few and fleeting, requiring great feats of timing to generate profits from volatility buying.

Not so this year.

Frequent bursts of market gyrations have kept things lively in the volatility space and has made betting on enduring turmoil hugely profitable.

While the S&P 500 is getting crushed to a degree not seen since the financial crisis a decade ago – the index is down 19 percent in the last three months – a trader who took a flyer on volatility early this year could be pocketing a profit of 70 percent or more.

Since volatility usually rises when stocks fall, owning volatility is a form of insurance and just like any other insurance there is a cost attached to it.

Most volatility instruments, including options, futures and exchange-traded notes (ETNs), lose value rapidly when stocks are calm or rising.

But with the stock market in the grips of almost daily wild swings, for the first time in years it has paid to own volatility, said Carney.

One example of how well that trade has worked is the iPath S&P 500 VIX Short-Term Futures ETN, which is up about 72 percent this year. The ETN tracks the performance of the Cboe Volatility Index, a widely followed options-based barometer of expected near-term volatility for stocks.

VXX follows an index that tracks the price of two near-term VIX futures and seeks to maintain a constant one-month exposure to volatility by repeatedly selling first-month futures to buy second-month contracts.

Under normal conditions, first-month VIX futures are priced lower than second-month contracts as uncertainty about how stocks will fare leads traders to boost the volatility embedded in further-out expirations.

That is a problem for VXX, which essentially is constantly selling the relatively cheaper first-month contract and buying the more expensive second-month contract.

This constant erosion in value has caused VXX to hemorrhage money like few other products. A $100,000 invested in VXX at its inception in 2009 would be worth about $40 now.

But during times of market stress, such as now, first-month contracts become even more pricy than contracts with expirations further out. That gives VXX a fillip.

The VXX is on pace this year to finish up for the first time in its decade-long existence.

VXX’s success this year bodes ill for the overall stock market. While the ETN has only been around since 2009, estimating how the index might have fared in previous years paints a bleak picture for the near-term outlook for U.S. stocks.

“It wasn’t trading then, but 2007 and 2008 would have been up years,” said Vance Harwood, who runs the alternative investment website Six Figure Investing and has studied VIX products extensively.

Harwood estimates that VXX would have gained about 40 percent in 2007 and more than doubled in price in 2008, as the stock market got hit by the global financial crisis.

Others also see the similarity.

Regardless of whether VXX’s strong performance is a portent of trouble for stocks next year, higher levels of daily stock gyrations should draw more investors to the ETN, analysts said.

“With volatility in the 20s for the VIX, I think it is an excellent product to be long,” said Parplus’ Carney.

Presently, more than 50 million VXX shares change hands every day and the ETN has about $800 million in assets under management.

“I wouldn’t be surprised to see it bump up into the $1 billion to $1.5 billion range,” said Harwood.