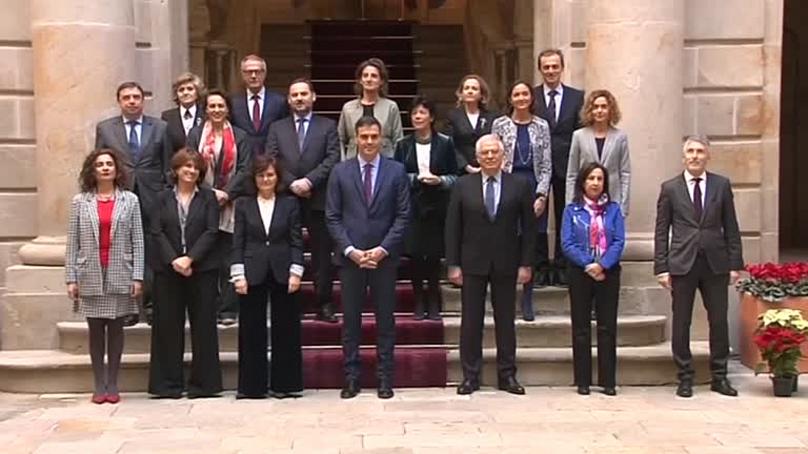 Pro-independence Catalan protesters are rallying ahead of a Spanish cabinet meeting in Barcelona.

Crowds of demonstrators are gathering as Prime Minister Pedro Sanchez of the governing Socialist Party (PSOE) brings his senior ministers to the city for the weekly meeting that’s usually held in Madrid.

Protesters today are angered by a number of issues, calling the meeting a “provocation” as the date falls close to the one year anniversary of the December 21 regional elections which were called by the central government of then-Popular Party (PP) Prime Minister Mariano Rajoy after the region’s powers were suspended under Article 155 of the Constitution.

They are also calling for the release of Catalan separatist leaders who are currently in prison for last year’s independence referendum – Jordi Turull, Josep Rull, Jordi Sanchez and Joaquim Forn – who called off a 20-day hunger strike on Thursday. The men have been incarcerated since October 2017.

Police blocked off roads as protesters shouted at them, marching and holding banners with slogans reading “republic and freedom” and “self-determination and socialism”.

National anti-riot police officers have been called in to guard the protest which has also raised the ire of demonstrators.

So far, 10 people have been arrested during today’s protest, according to Spanish newspaper El Pais.

Sanchez’s Socialist administration planned the meeting to convey an image of normality, but tension remains high in Catalonia despite progress in talks on Thursday with the pro-secession president of the northeastern region.