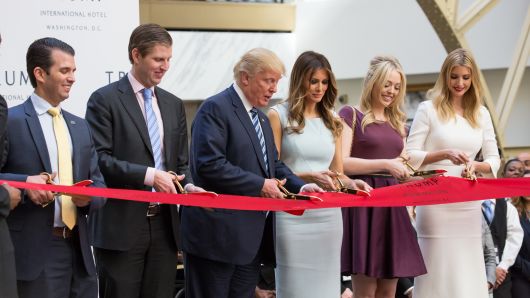 New York Attorney General Barbara Underwood on Tuesday announced that the Donald J. Trump Foundation has agreed to dissolve under judicial supervision and to give away its remaining funds while the state conducts an investigation into whether the president’s namesake charity misspent donations.

“Our petition detailed a shocking pattern of illegality involving the Trump Foundation – including unlawful coordination with the Trump presidential campaign, repeated and willful self-dealing, and much more,” Underwood said in a statement. She went on to allege that the foundation had functioned “as little more than a checkbook to serve Mr. Trump’s business and political interests.”

Following the announcement, Trump lawyer Alan Futerfas told NBC News said it was the foundation, and not the state, which had initially sought the dissolution. “We are happy that we could get this resolved,” Futerfas reportedly said.

Under the terms of the dissolution agreement, after the judge approves the deal, the Trump Foundation will have 30 days during which to give away the balance of its funds to charities.

The list of charities set to receive funds from the foundation will need to be approved by the Attorney General’s office.

Underwood also said her office will continue to pursue its lawsuit against the charity, the president, and his three eldest children, “to ensure that the Trump Foundation and its directors are held accountable for their clear and repeated violations of state and federal law.”