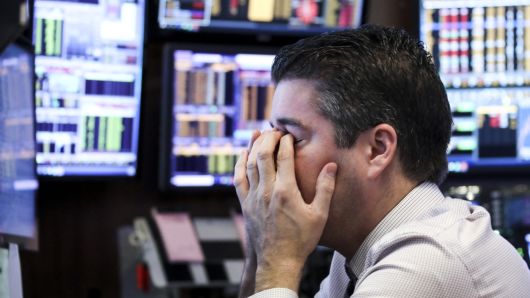 Market sell-off was ‘not an isolated event’ and expect more sharp falls next year, BIS warns

The latest wave of heavy selling in financial markets is a clear sign of things to come, according to a new report from the world’s oldest international financial organization.

The Bank of International Settlements (BIS), an umbrella group for the world’s central banks, warned on Sunday that a normalization of monetary policy is likely to trigger a flurry of sharp sell-offs over the coming months.

“The market tensions we saw during this quarter were not an isolated event,” Claudio Borio, head of the monetary and economic department at the BIS, said in the report.

“Monetary policy normalization was bound to be challenging, especially in light of trade tensions and political uncertainty,” Borio added.

The report comes at a time when stocks worldwide have come under renewed pressure from a myriad of factors, ranging from a global trade war between the world’s two largest economies, to intensifying concerns about a possible economic slowdown over the coming months.

The BIS highlighted the steady increase of interest rates from central banks worldwide as particularly challenging for equity markets, with the Federal Reserve widely expected to raise rates by 25 basis points next week.

“Financial markets went through a further sharp correction during the last quarter, marking another bump in the road as major central banks return policy to more normal settings,” the report said.

Policy normalization is the attempt by central banks to reduce the size of their balance sheet and raise benchmark interest rates so that monetary policy returns to the environment prior to the global financial crisis in 2008.

“Mixed signals from the global economy and the gradual, yet persistent, tightening of financial conditions triggered the market repricing. Protracted trade tensions and heightened political uncertainty added to the flight to safety,” the BIS said in its latest quarterly review.

All of the headwinds cited by the BIS in its review of the final three months of 2018 are expected to rumble on through the first quarter of 2019 at least, prompting the group to warn of trouble ahead for global stocks.

A rising cost of borrowing could slow growth and the U.S. central bank is expected to raise interest rates one-quarter point next week.

The Fed has also projected three rate hikes for 2019, although watchers say it could reduce its forecast based on recent dovish comments from Fed officials and a more tempered view of the economy for next year.

It comes after the European Central Bank (ECB) announced Friday that it plans to formally bring an end to its multi-trillion bond-buying program at the end of the month.

It was a historic moment for the ECB, with the central bank finally moving away from crisis-era policies in the euro zone after nearly four years.

Another point of concern for global investors, as cited by the BIS, is the U.S.-Sino trade conflict and the economic outlook for 2019.

On Friday, weaker-than-expected data from China rattled financial markets, with investors increasingly worried about the performance of the world’s second-largest economy over the coming months.

The data also underscored the rising risks to Beijing’s economy as it works to resolve an ongoing trade dispute with the United States.

Saul Loeb | AFP | Getty Images
US President Donald Trump (R) and China’s President Xi Jinping (L) along with members of their delegations, hold a dinner meeting at the end of the G20 Leaders’ Summit in Buenos Aires, on December 01, 2018.

President Donald Trump and President Xi Jinping agreed to lessen the impact of trade tariffs for the first 90 days of 2019, following a dinner in Argentina on December 1.

But, external observers are skeptical about the prospect of Washington and Beijing agreeing to a comprehensive trade agreement within this time-frame.

Finally, the BIS said “heightened political uncertainty” prompted a flight to safety for investors in the final quarter of 2018.

In Europe, if the protracted and often tortuous Brexit isn’t enough for the continent to deal with, there’s riots and civil unrest in France and Italy’s budget-busting spending plans for Brussels to sort out.