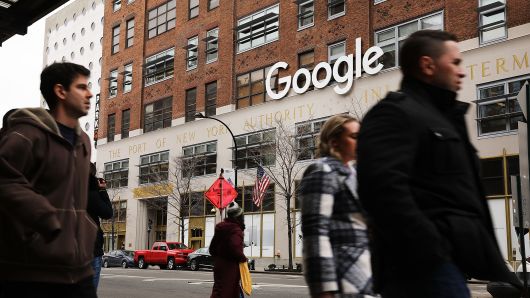 Google will invest $1 billion in a new campus in New York City, the company announced on Monday.
The new 1.7 million square foot “Google Hudson Square” campus will include two buildings located at 315 and 345 Hudson Street and an office space situated at nearby 550 Washington Street in Manhattan, Google said in a blog post on Monday.
The move will expand Google’s presence near the Hudson River in New York City. Earlier this year, the search giant announced it had purchased shopping and office complex Chelsea Market for $2.4 billion.

Google said the Hudson Square campus will be the main location for its New York-based global business organization. It said the investments in Chelsea and Hudson Square will create capacity to more than double headcount in New York over the next decade. Google currently houses more than 7,000 employees in New York City in a range of teams including Search, Ads, Maps, YouTube and Cloud.
“Our investment in New York is a huge part of our commitment to grow and invest in U.S. facilities, offices and jobs,” Alphabet CFO Ruth Porat said in the blog post.
Google signed lease agreements for the Hudson Street spaces and plans to move into the two buildings by 2020, the company said. It signed a letter of intent for the 550 Washington Street space, where it will move in 2022 once the building is complete.

The news follows Apple’s announcement last week that it will invest $1 billion in a new campus in Austin, Texas and build new sites in Seattle, San Diego and Culver City, California. Amazon announced last month it will open one of its new headquarters in the Long