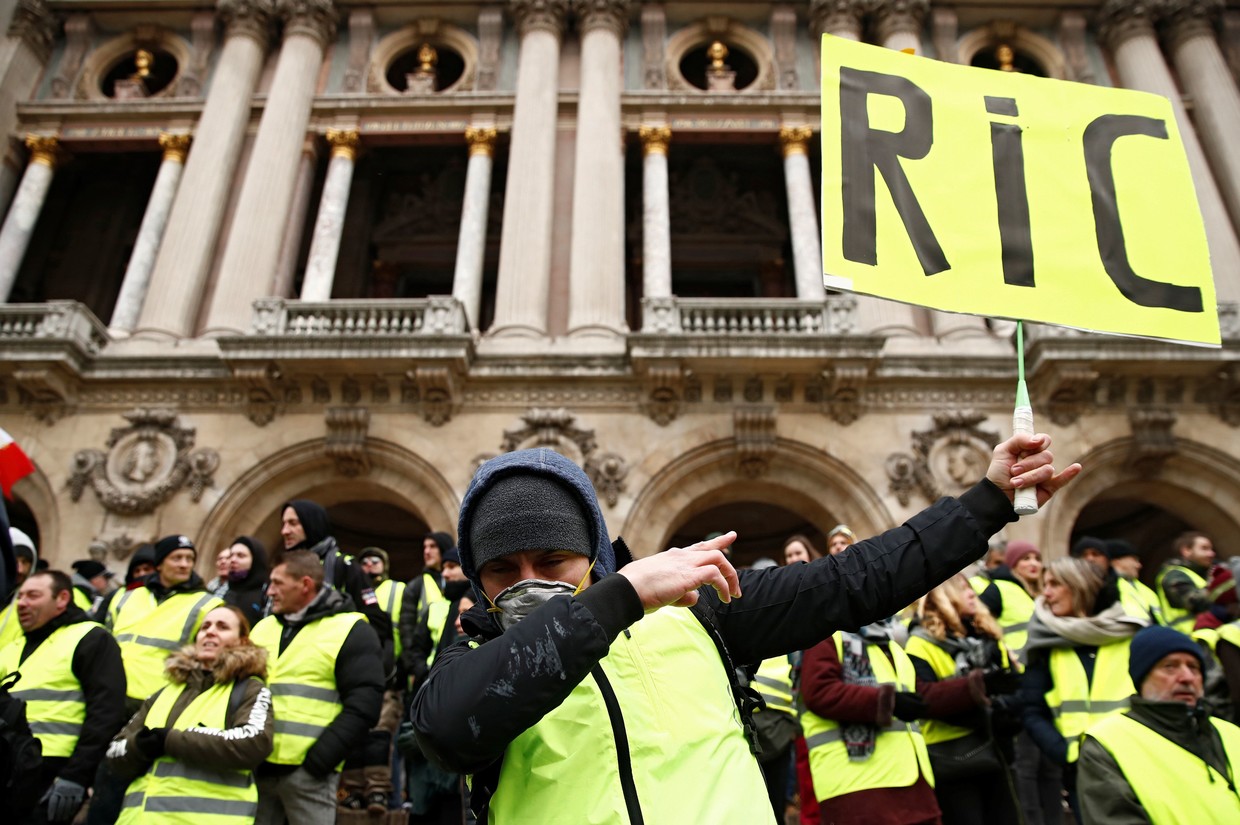 Posted By: Editorial Teamon: December 15, 2018In: NewsNo Comments
Print Email
Paris looks ‘less yellow’ this Saturday as only several hundred people descended on the avenue amid a heavy police presence. This time a week ago the number of protesters was much higher and rallies resulted in heavy clashes.

At least 37 people have been detained and 22 taken into police custody across the Ile-de-France region, police said. By this time last Saturday the number of detentions had already reached 300.

As in previous weeks the Yellow Vests have started spreading across other French regions. In the city of Nimes in southern France demonstrators set barricades alight on a toll road.

France is gripped by the fifth consecutive weekend of Yellow Vests rallies, named after the high-visibility clothing drivers are required to keep in their vehicles. This Saturday, demonstrations are being held with motto ‘[Emmanuel] Macron’s resignation’.

Protesters are gathering on the Champs-Élysées, which has seen four weekends of clashes between rioters and police. However, unlike the previous four protests, the number of Yellow Vest protesters is relatively low. As of this morning, at least 25 people have been detained across the Île-de-France region, police revealed.

Armored vehicles belonging to the Gendarmerie – France’s military police – have been spotted near the Arc de Triomphe, the site of the fiercest confrontations between protesters and police. 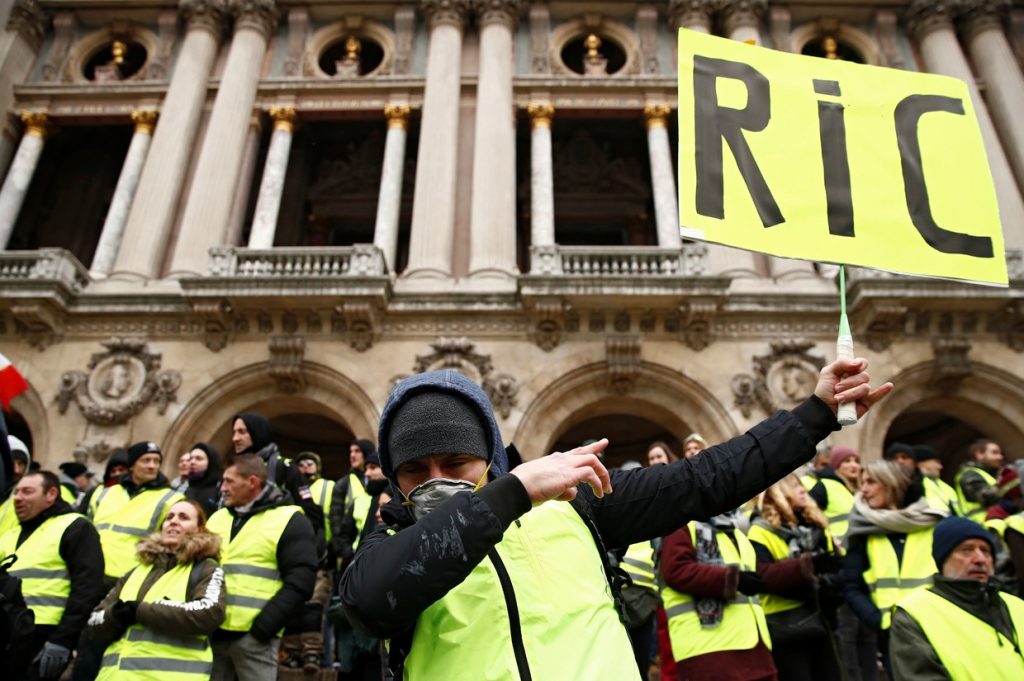