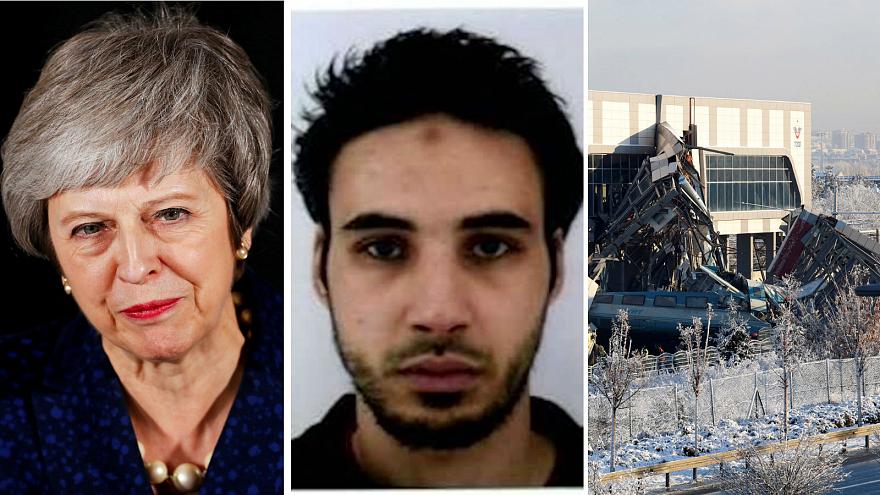 Here are the top stories from across Europe you need to know about today.

Strasbourg shooter manhunt: The French-born gunman of the Strasbourg attack that left two dead and 12 injured, Cherif Chekatt, 29, was known to police and is still at large. France has said it is ready to take him “dead or alive”.

More than 700 police are involved in the second day of the manhunt, scouring Strasbourg, which lies on the west bank of the Rhine river, and the surrounding region. Police have set up checkpoints on the German border and questioning the suspect’s associates.

High-speed train crash in Turkey: A high speed train crashed into an overpass and two carriages toppled over in Ankara, at the Marsandiz train station, early this morning.

At least seven people were killed and dozens were injured in the crash.

The high speed train, which was travelling to the central province of Konya, crashed into a locomotive which carries out track inspections.

Gilet jaune killed in Avignon: A gilet jaune died overnight after being hit by a truck near a highway exit in Avignon, southern France. The victim was 23 year-old, the Avignon prosecutor has said. The truck driver is in custody, the prosecutor added.

May attends European Council in Brussels: British Prime Minister Theresa May survived a confidence vote and is heading to Brussels to attend today’s European Council, where she said she would “be seeking legal and political assurances that will assuage the concerns” that some MPs have on the backstop clause in her Brexit deal.

She will hold bilateral talks with Irish PM Varadkar and European Council president Donald Tusk ahead of the Council.