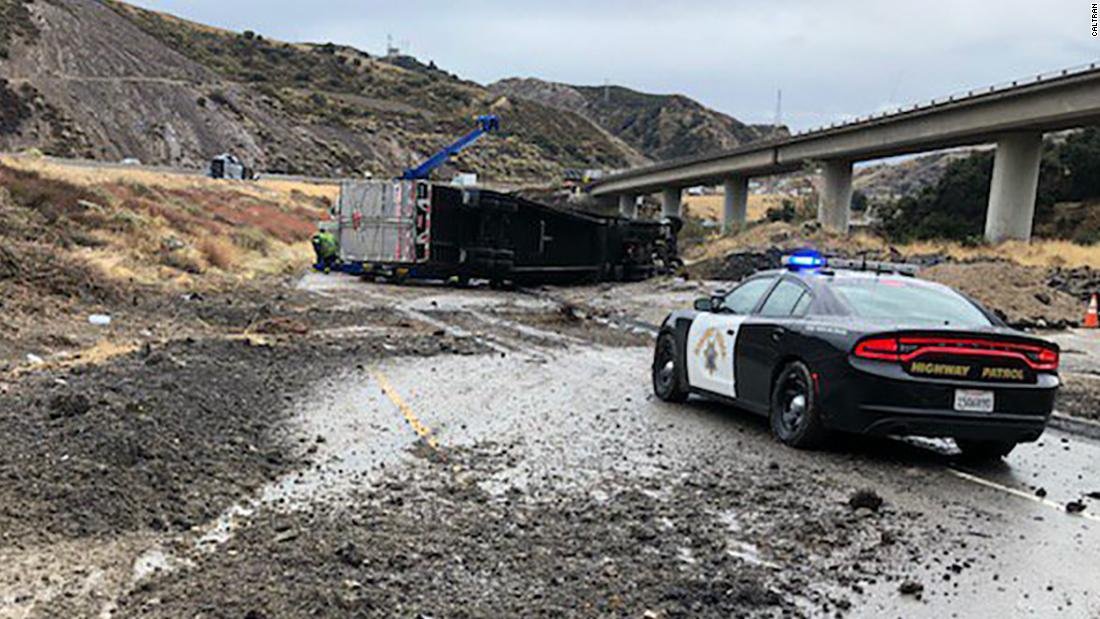 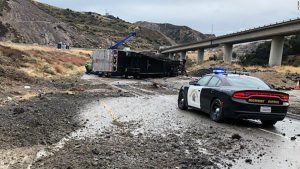 Disasters and nasty weather shut down portions of several California highways Thursday, according to officials.

A mudslide and flooding closed a 10-mile stretch of the Pacific Coast Highway, aka State Route 1, in both directions from western Malibu to the Ventura County line, the California Department of Transportation said.
The closure occurred in the vicinity of last month’s Woolsey Fire, the department said. Commuters are urged to find other routes.
Part of State Route 23, which is also in the area burned by the Woolsey Fire, is closed to provide utility employees with “safe space to work on a winding road with narrow shoulders & steep cliffs,” the department tweeted.
Officials have publicly worried that many areas between Redding and Riverside County are at risk of mudslides and flooding after wildfires stripped the land bare.
Northeast of Los Angeles, State Route 2 is closed in both directions between the Vincent Gulch Divide and State Route 39, in the Angeles National Forest, because of a rock slide, Caltrans said.
Snow, meanwhile, closed a portion of Interstate 5 in the Grapevine and Lebec areas — between Los Angeles and Bakersfield — after vehicles began sliding across the roadways.
“Caltrans #snowplows are hard at work on I-5 through the Grapevine,” the department tweeted.
To the south, I-5 is also closed at its intersection with State Route 170 in Pacoima because of flooding.
In Tujunga, just north of Burbank, where a Southwest flight skidded off the runway in heavy rain Thursday, a portion of La Tuna Canyon is closed near Interstate 210 due to what officials described as 2-inch debris flow from a mudslide.
Burbank Boulevard is also closed near its intersection with Interstate 405 in Sherman Oaks because of flooding in the Sepulveda Basin, Caltrans said.