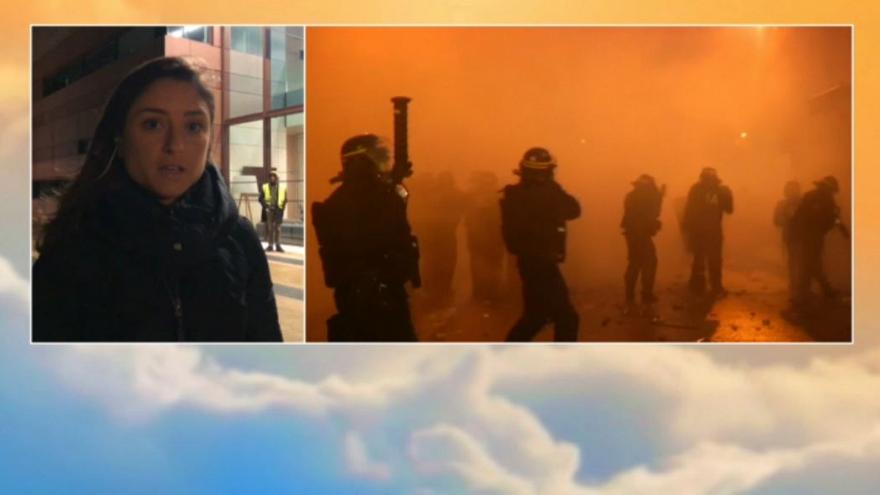 The French government is appealing for calm as they brace for more protests this weekend after weeks of violence.

The Eiffel Tower and other landmarks will be shut down in Paris and nearly 90,000 police are being deployed in cities across France.

What began as demonstrations against fuel tax rises, have become an anti-government movement that threatens the presidency of Emmanuel Macron.

French Prime Minister Eduaord Phillipe said he understood why some people were frustrated but he also warned those protesting simply for the sake of violence.

“We have information as well as the experience of last Saturday — a great number of individuals are coming to Paris not to protest peacefully but to confront, to attack the forces of law, to attack a certain number of symbols and that is very shocking.

“I have heard this in the last few days and in the last few weeks, it is true that this is about the expression of anger, that is understood, but also what I find striking is when you see someone who says that one should march to Elysee we understand very well what is meant by that,” he told France’s national broadcaster.

Support, however, for the continuing movement is seemingly high.

Student protesters in cities across France who have been complaining over education reforms for several weeks have now declared support for the ‘gilets jaunes’ (yellow vests).

A video surfaced overnight of police forcing students to sit on their knees with their hands behind their head — something which has caused outrage across the nation.