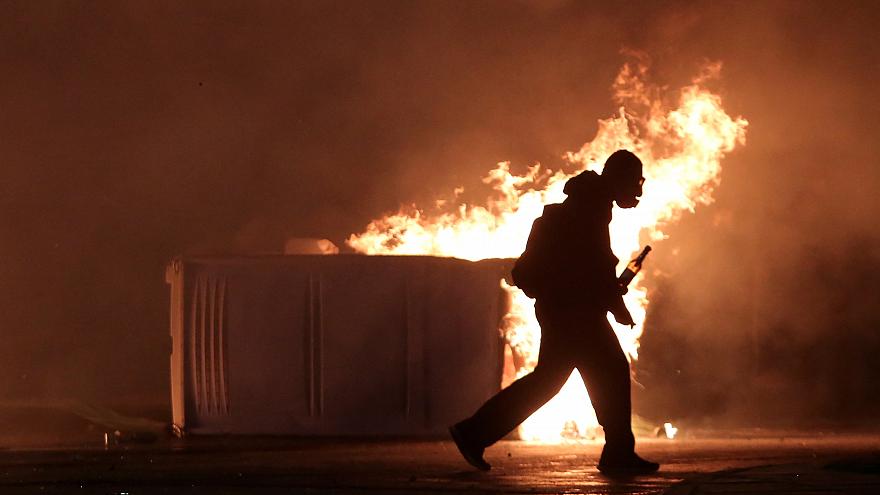 Clashes in Athens as protesters mark anniversary of teen shooting

Protesters in Athens marking the 10th anniversary of the killing of a teenage boy by a police officer clashed with authorities on Thursday, with masked youths throwing firebombs and stones at officers.

Hundreds gathered in the Greek capital to take part in an annual demonstration to commemorate Alexandros Grigoropoulos who was shot dead at 15 by a police officer on December 8, 2008.

Clashes broke out when groups of masked youths broke away from a largely peaceful demonstration in the afternoon and started throwing firebombs and stones at officers before barricading themselves in the Exarchia district where Grigoropoulos died.

Bus stops were destroyed, traffic heavily impacted and a fire was reported at a block of flats in central Athens before being put out.

Grigoropoulos’s death in 2008 in an altercation with police during a night out sparked violent riots across the country lasting nearly a month during which public buildings and cars were set aflame while shops were looted and barricades erected.

Two police officers were convicted for the teenager’s death. One was sentenced to life in prison but appealed with his trial still ongoing. The other was sentenced to 10 years in jail but was released several years ago on conditional.

The annual event to commemorate Grigoropoulos has often been the theatre of clashes between protesters and police officers.