Latest News
Home People The Most Dangerous Place For Women Is The Home, According To A New Report From The United Nations 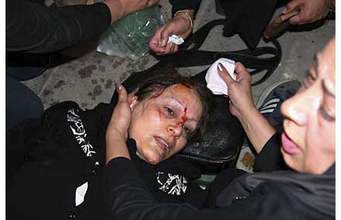 The Most Dangerous Place For Women Is The Home, According To A New Report From The United Nations

New statistics show that women are more likely to be killed by a partner or family member than by a stranger. 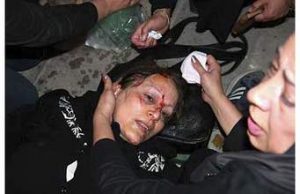 A new study from the United Nations says that the most dangerous place for women is their own home, CNN is reporting. The study was released on November 25, which is also the International Day for the Elimination of Violence Against Women. The United Nations Office on Drugs and Crime (UNODC) studied statistics surrounding gender-related killing of women and girls. Shockingly, 58 percent of the approximately 87,000 women killed last year were killed by a partner or family member. This percentage amounts to a stunning 50,000 women. Over a third of women murdered in 2017 were killed by a former or current partner, and 137 women are reportedly killed by family members every day.

These new statistics show an increase from the numbers recorded in 2012, with the amount of women having been killed by a partner or family member coming in at 48,000 women, or 47 percent of all female murder victims. As far as solutions to this problem go, the U.N. is recommending that police officers, the criminal justice system, and health and social services begin to work together to combat the problem. In addition, the study says that men in particular should speak up regarding the issue — and advocate for the safety of women.