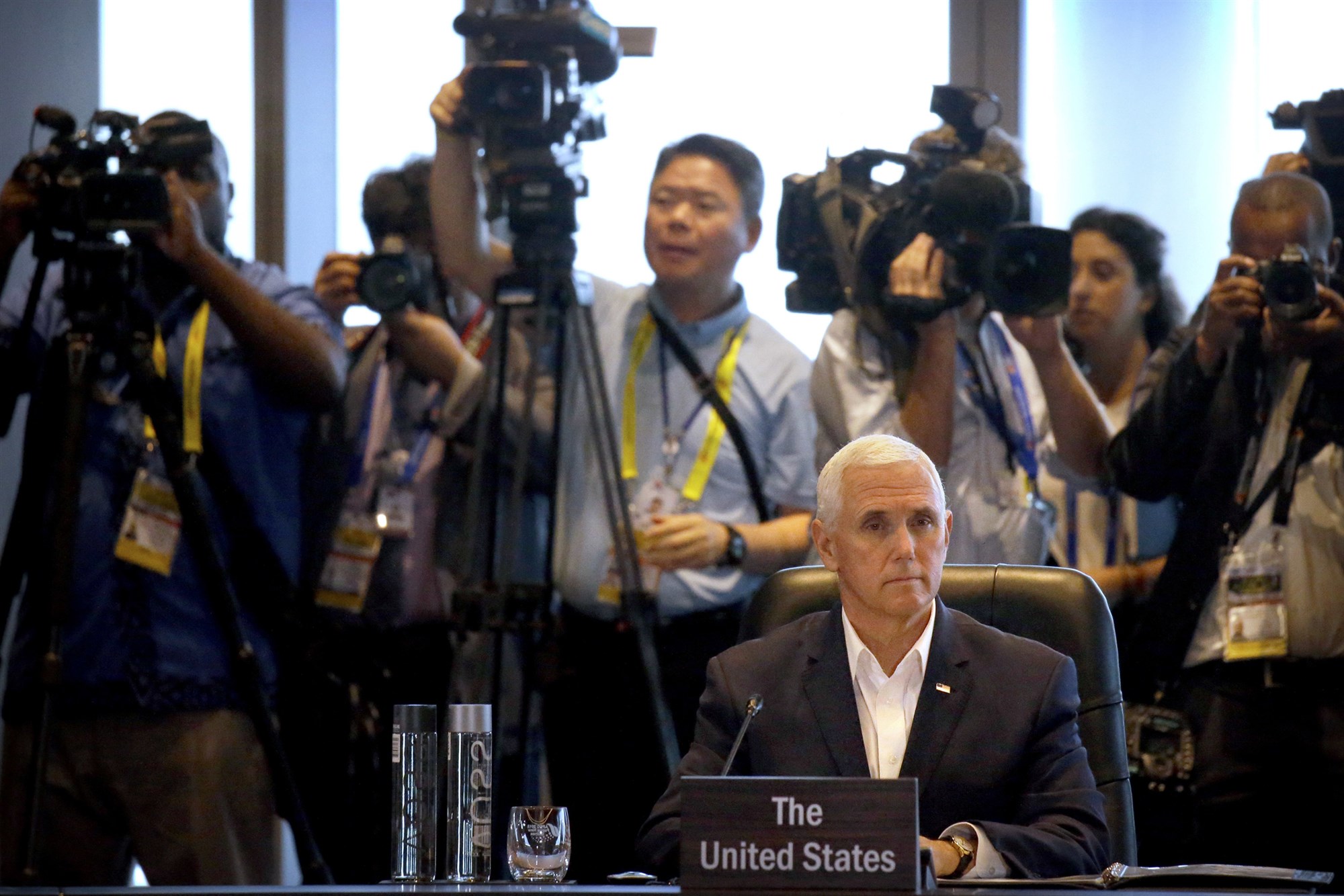 On Sunday, the 21 member nations at the Asia-Pacific Economic Cooperation summit left Papua New Guinea without agreeing on a final communique. A U.S. official involved in negotiations said China was the only nation to hold out on voting in favor of the proposed text.

“It’s a little concerning that it appears that China didn’t really have any intention in the end of reaching consensus,” the U.S. official said, rejecting reports that the breakdown in the meeting was centered on a rift between the U.S. and China.

“It was between 20 countries and China — not the United States and China,” the official added.

Papua New Guinea’s prime minister, Peter O’Neill, said that “the entire world is worried” about tensions between China and the U.S. O’Neill addressed a mob of reporters that surrounded him after he confirmed there was no communique from leaders.

Canadian Prime Minister Justin Trudeau said: “I don’t think it will come as a huge surprise that there are differing visions. Those prevented there from being a full consensus on the communique.”

Over the course of the week, Pence repeatedly raised the specter of the slated formal meeting between Trump and Xi later this month at the G20 summit in Argentina.

But Sunday’s showdown over language in a nonbinding communique, along with dueling speeches delivered by Pence and Xi at APEC on Saturday, left much skepticism over how the two sides will be able to make progress in talks.

Pence told reporters on Sunday that he spoke twice with Xi over the weekend “briefly and candidly.”

The U.S. is interested in a better relationship “but there has to be change” from China’s side, Pence said he told Xi, who responded that dialogue is important.

The vice president, however, stuck to the Trump administration’s publicly blunt negotiating tactic in his speech to the APEC members in a theater aboard a cruise ship on Saturday.

“The United States, though, will not change course until China changes its ways,” he said in his speech.

Pence continued, implicitly taking shots at China while offering an alternative to the other member countries in the region. “Know that the United States offers a better option,” he said.

“We don’t drown our partners in a sea of debt. We don’t coerce or compromise your independence. The United States deals openly, fairly. We do not offer a constricting belt or a one-way road.”

Pence called on China to pull back from its military expansion in the South China Sea, deal with its human rights violations and halt the theft of American intellectual property in its pursuit of its “Made in China 2025” plan.

China’s foreign ministry rejected the U.S. criticism that it was leading other developing nations into debt bondage.

“The assistance provided by China has been warmly welcomed by our partners in this region and beyond,” Wang Xiaolong, a foreign ministry official, said at a news conference.

China is a relative newcomer to providing aid, and its loan-heavy, no-strings-attached approach has unsettled Western nations that have been the mainstay donors to developing nations and often use aid to nudge nations toward reforms.

But China has ramped up its investments in the Indo-Pacific region, putting billions of dollars into infrastructure projects as part of its “Belt and Road Initiative.”

In countries like Papua New Guinea, the development is apparent, from buildings to new roads and bridges. A sign lining a road outside of APEC read: “The Great ‘One Belt and One Road’ Is Not Only a Road of Cooperation and Win-Win Situation, But Also a Road of Hope and Peace!”

And negotiations continue among 16 nations, including China but not the United States, toward the Regional Comprehensive Economic Partnership, which would be the world’s largest trade agreement.

The White House has vowed to focus on building bilateral trade agreements after pulling out of the Trans-Pacific Partnership in 2017.

He said negotiations for a new deal between the U.S. and Japan are underway.

Through the week the vice president also worked to highlight new investment plans by the U.S., including a partnership with several ally nations to invest in electrical infrastructure in Papua New Guinea that would bring adequate power to 70 percent of the country’s population by 2030.

The Trump administration has maintained that it will not back down from its standoff with China.

The U.S. initiated the trade war in March, implementing tariffs on Chinese steel and aluminum. Trump cited the large trade deficit between the two countries.

Over the summer, the Trump administration placed tariffs on $250 billion in Chinese goods and threatened to double that. Xi, meanwhile, retaliated with $60 billion of his own tariffs on U.S. products.

On Sunday, as the vice president’s motorcade entered Jacksons International Airport in Port Moresby to depart the region, he drove past Xi’s aircraft.

Both countries will now prepare for formal talks in Argentina that they will have to hope prove more productive. 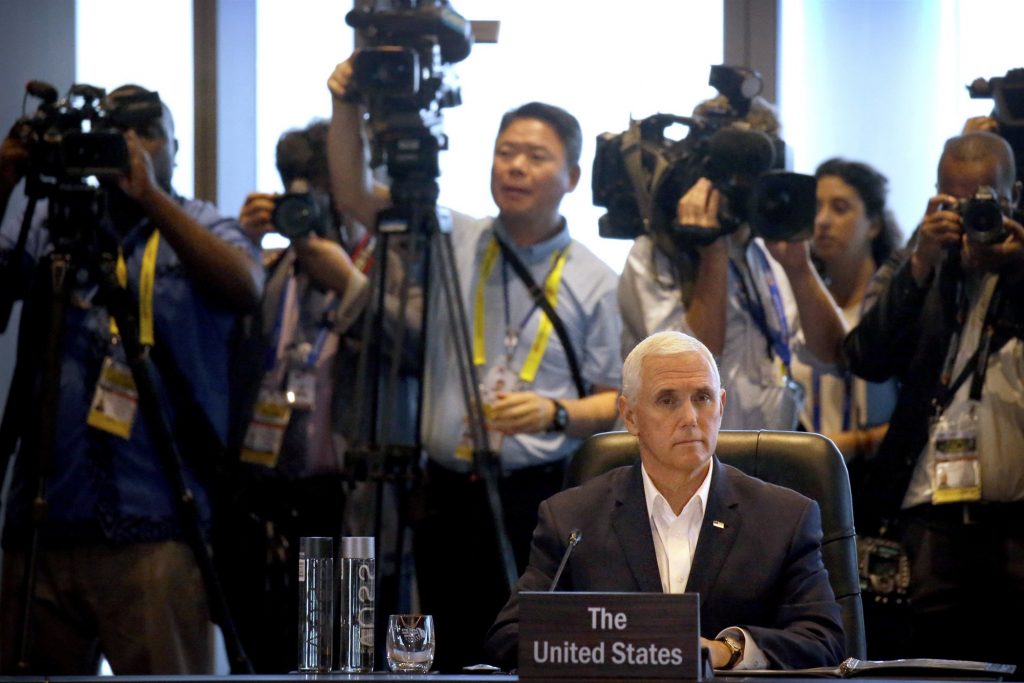