Latest News
Home Economy The US economy grew at a 3.5% 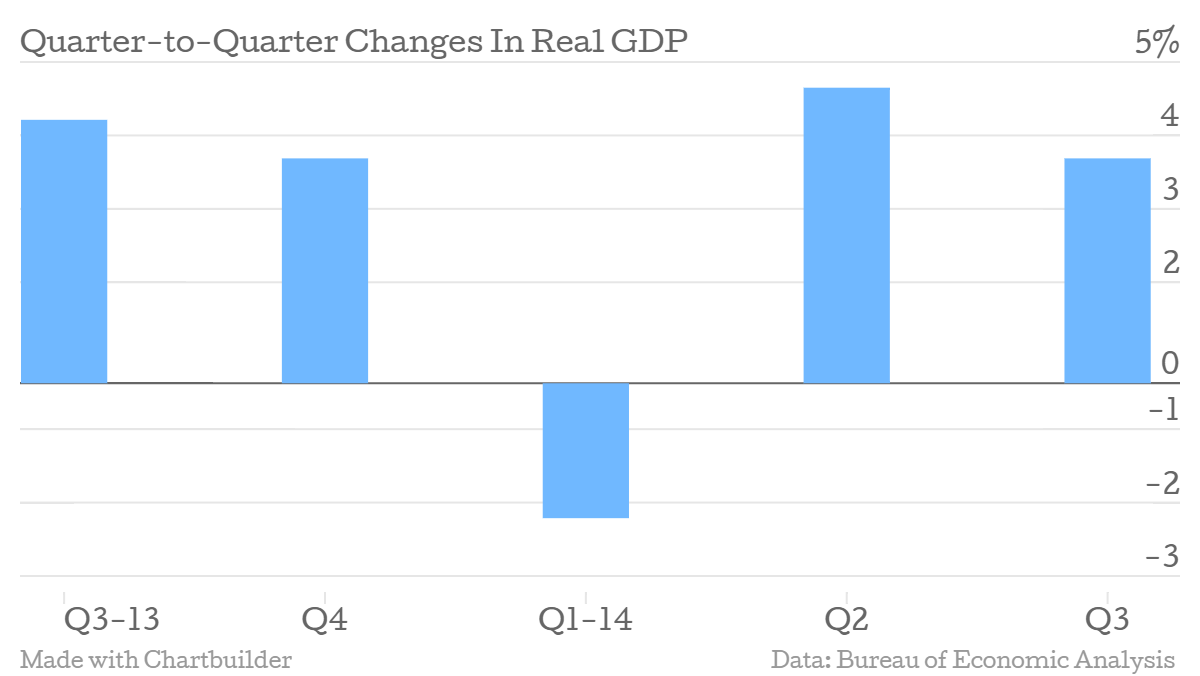 The U.S. economy grew at a faster-than-expected rate in the third quarter as inflation was kept in check, according to data released by the Commerce Department on Friday.

The department said the PCE price index, a key measure of inflation, increased by 1.6 percent last quarter, much less than the 2.2 percent increase expected by economists polled by Street account.

Consumer spending, which accounts for more than two thirds of U.S. economic activity, grew by 4 percent in the third quarter, the strongest since the fourth quarter of 2014.

While stronger than expected, the overall expansion was a slower pace of growth than in the previous quarter. Gross domestic product grew by 4.2 percent in the second quarter, marking the fastest quarterly expansion since the third quarter of 2014. The economy increased by 2.2 percent annual pace in the first quarter of the year.

The report comes amid growing concerns about rising interest rates slowing the economy. China and the U.S. have slapped tariffs on billions of dollars worth of goods this year, increasing fears that tighter trading conditions will slow down the global economy and eventually hit things here in the U.S.

U.S. equities have taken a beating this month into the report, with the S&P 500 falling more than 7 percent in October through Thursday’s close.